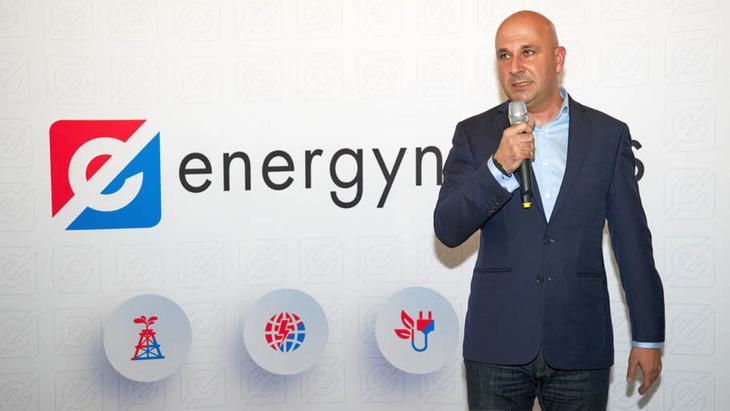 A year ago we met here at the Spring Cocktail in conditions of isolation and lockdown and we believed it was the worst thing we might experience, said Bogdan Badea, CEO of Hidroelectrica, at the 9th edition of Spring Cocktail, organized by Energynomics. “Now, we are in a much more complicated crisis, a very unpleasant one, but an opportunity generating crisis, for sure”, he added, before addressing the opportunities this crisis brings to us.

Already, the pandemics accelerated digitalization, and this is a very good thing, said Bogdan Badea. “Only a few years ago, buying laptops and software for our employees seemed some kind of a luxury, but when the pandemics stroke, we realized we need to invest a lot and fast in digitalization, remote work and communication. With a lot of effort, we managed to do that – we had some of our people in the power plants isolated, and there were many logistics problems we faced.”

“Looking back at the last 12 months, we see Romania – and Europe as a whole, because we are so much interconnected – depend too much on Russia’s natural gas”, Bogdan Badea also said. We realized that the Green Deal we adopted showed us “a huge gap between the Romanian realities and the goals we assumed. I think it is a moment of truth when we have to take specific measures, not only to promise future investments but to actually make them”, he said.

One of the key aspects in this respect is the legislation. “We have to clarify the legislation, it has to be simpler, to eliminate the bureaucratic stages delaying us in finalizing some investments in our power plants. We are very happy the Parliament just started to realize where there are some of the biggest problems for investment in the hydropower plants. Hidroelectrica has many investments in various stages of development, and they are not just one company’s efforts. We are talking about the Romanian people, about power plants built by hundreds of thousands of people, by entire cities built around each construction! Such investment objectives must be finalized in order to put in place a very concrete and dynamic pragmatic strategy capitalizing on our resources”, pleaded Bogdan Badea.

He believes we are at a moment of realization that it is possible not to have enough electricity for our daily needs, from watching TV, chatting on forums or charging e-cars. “It is a reality that, unfortunately, the Ukrainians are facing right now, and must push us to take concrete actions. We have the resources, we need to change the legislation in certain places and the architecture of the power market so that we can balance somehow the situation, including the very high prices we see at this moment. We are not happy with these high prices, because extreme situations lead to extreme measures, and we were very happy with a free market, not impacted by administrative intervention, where each company can show its value and contribute to the well-being of the country and of the energy sector”, the CEO of Hidroelectrica added.

For the 9th year in a row, Energynomics organized Spring Cocktail, an original concept event dedicated to the exchange of ideas on the Romanian energy industry. This year’s edition benefits from the support of our partners, among which Dacia, Hidroelectrica, OMV Petrom, Renault, Powertis, Renomia Gallagher, Transgaz. Romanian Energy Center was the strategic partner of the Spring Cocktail 2022.