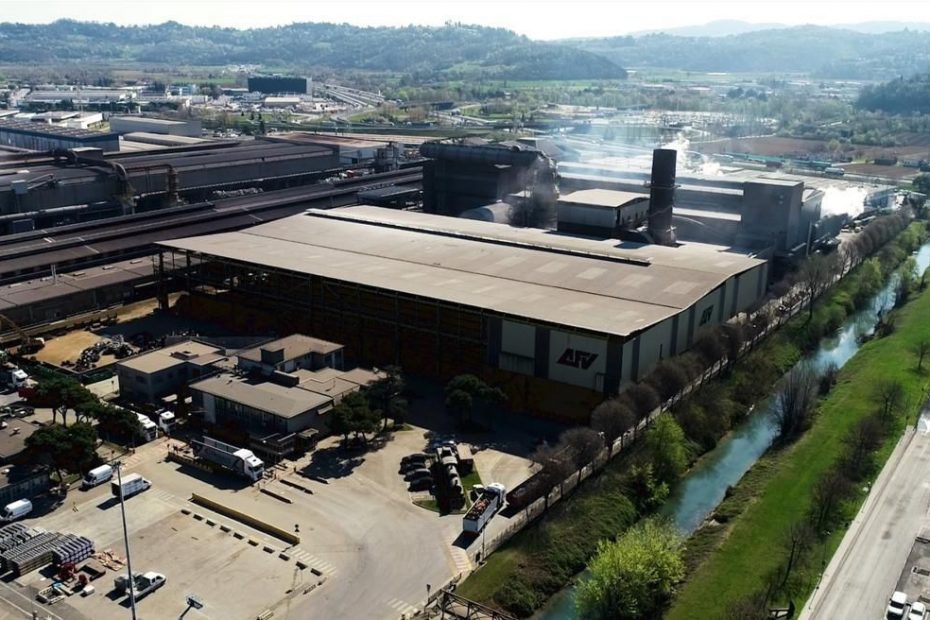 Following the acquisition of COS Târgoviște in March of this year, AFV Beltrame Group, one of the largest producers of steel bars and special steels in Europe started the process of recruiting staff and modernizing the plant and began production of reinforced concrete steel under the Donalam brand, thus using two steel processing units, in Călărași and Târgoviște. The company thus becomes the only producer of full-cycle concrete steel in Romania, and will supply about half of the domestic needs in the construction sector, in order to end the dependence of the local market on imports from Europe and not only. Investments in the coming years include 100 million euro to be used for the modernization and refurbishment of the old plant and 100 million euro for the construction of a new 100-120 MW photovoltaic park with storage, needed to power the production units.

To relaunch the plant’s activity, Beltrame has recruited about 300 employees so far, some of them being former employees of COS Târgoviște, and by the end of July it intends to reach a number of 450 employees.

In a first phase, about 10,000 tons of steel-concrete/month will come out of the gates of the Donalam Târgoviște plant, and in 2023 the production capacity will increase to about 30,000 tons/month, meaning over 300,000 tons/year. Thus, the factory will provide Romania with about half of the internal steel-concrete needs for construction, which is of around 600,000 – 700,000 tons per year. At present, Romania imports all this material from countries such as Bulgaria or Turkey.

“The resumption of domestic concrete steel production, an essential sector of the steel industry, is an important step for Romania’s reindustrialization and will provide the country with a mouthful of oxygen in the construction materials crisis, generated by the pandemic and the conflict in Ukraine. With the help of the planned investments in the modernization and development of the production facilities, the plant in Târgoviște will once again become a pillar of support for the Romanian economy,” said Carlo Beltrame, Group Business Development within AFV Beltrame.

The vision of the Beltrame group is to transform the old steelworks into a competitive production unit at European level, both in terms of efficiency and in terms of the environment. In the next 5 years, approximately 100 million euros will be invested in modernizing the equipment, and 80% of the budget will be allocated to the acquisition of technologies that reduce carbon emissions, increase energy efficiency and the transition to a circular economy, by reusing resources and reducing minimum waste. By the fifth year of the investment, about 1,000 jobs will be created locally.

In addition to the commissioning of the former steelworks, Beltrame is in the final phase of authorizing a green concrete steel and rolled wire plant, which will also be built on the Târgoviște site. The new steelworks will be the most technologically advanced in the world and will have the lowest level of greenhouse gas emissions in the industry. The project also includes the construction of a photovoltaic park, with an installed capacity of 100-120 MW and equipped with an energy storage system, which will power the production units.

For 2022, the Beltrame group estimates a turnover of about 140 million euros in Romania, a level similar to that of 2021.

previousTeraPlast has applied for PNRR funding for a 4.5 MW solar project
nextREI has submitted over 15% of the total +650 projects for the installation of PV panels through the Romanian NRRP