Azomures enters a general maintenance process due to GEO 114 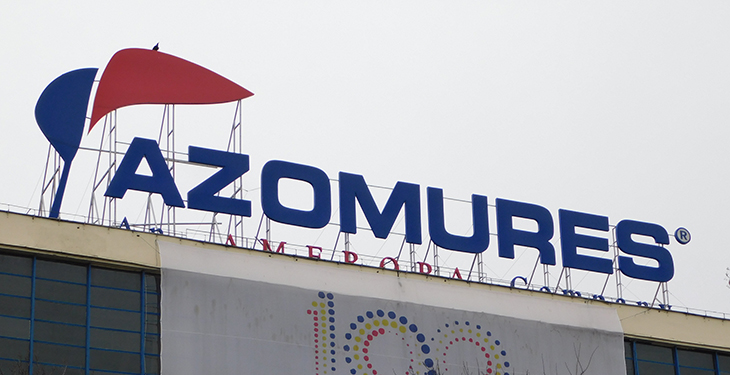 The main fertilizers supplier for Romanian agriculture, SC Azomureş SA Târgu Mureş, announced on Thursday that it will discontinue its activity during March as it will carry out the general overhaul of the equipment early, due to the increase in the price of methane gas, generated by GEO 114/2018, writes Agerpres.

“Azomures announces the start of the technical works under the general overhaul for 2020 on March 1st. GEO 114/2018, which determined the unjustified increase in the main raw material, methane gas, and disturbances in the gas delivery schedule, still creates unfavorable conditions for the continuation of the production activity. Normally, the general maintenance processes are scheduled in the summer, as soon as the farmers have used the fertilizers for the agricultural crops,” Azomures said, in a press release quoted by e-nergia.ro.

The company apologized to all the customers and to all the Romanian farmers for any inconvenience caused by this interruption of the activity, because it was forced to resort to this “extreme” solution, amid the increase in the price of methane gas.

“We have had to appeal to a measure that we can consider extreme – to schedule the maintenance of some equipment according to the price of methane gas. It’s unusual for us. We are trying to provide reasonable quantities of fertilizers for the local market, now in full agricultural season, our distributors being prepared to make fertilizers available. We look forward to the political scene and the moment when the liberalization of the natural gas market will take place, which should restore the normal state for Azomures, but also for other companies that use this natural resource as the main raw material,” said Harri Kiiski, the general manager of Azomures.

previousEnvironmental activists of Declic and Bankwatch have called on ministers of Economy and Environment to shut down coal-fired power plants
nextEnel: Good financial position allows the granting of dividends of 615 million euro