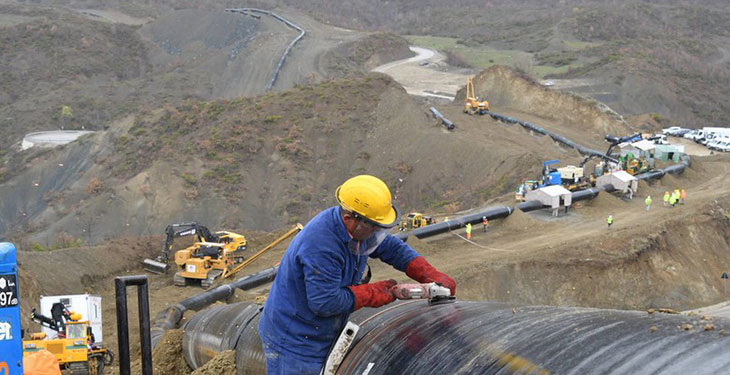 “The start of gas deliveries is a significant milestone for Europe’s gas market. While we look forward to providing transportation services to shippers in the upcoming months and years, we also look forward to launching the second phase of our market test in the summer, which will enable the future expansion of TAP, doubling the pipeline’s capacity to 20bcm/y,” Marija Savova, head of commercial at TAP, said in the statement.

Connecting with the Trans Anatolian Pipeline (TANAP) at Greece’s border with Turkey, TAP stretches across northern Greece, Albania and the Adriatic Sea before reaching Italy’s coast. TAP, which will carry 10 billion cubic metres of new natural gas supplies per year from the Shah Deniz field in the Azerbaijan sector of the Caspian Sea to markets in Europe, is part of the Southern Gas Corridor, which also comprises the South Caucasus Pipeline (SCP) crossing Azerbaijan and Georgia, and TANAP.

Bulgaria will be able to cover up to 33% of its total gas demand through TAP after the completion of the Interconnector Greece Bulgaria (IGB), TAP said. In November, Bulgarian prime minister Boyko Borissov said the country expects to start gas imports from Azerbaijan on January 1, 2021 through the existing gas link with Greece.

The shareholders of TAP are BP, Azerbaijan’s state company Socar and Italy’s SNAM with 20% each, Belgium’s Fluxys with 19%, Spain’s Enagas with 16% and Swiss-based Axpo, with 5%.

previousGasoline and diesel prices, up 6 bani per liter
nextThe Intelligent Energy Association brings suggestions for improving the draft law on the vulnerable consumer