Acasă » Oil&Gas » Consumers » Arcellor Mittal: The biggest threats for 2014 are the costs of power and gas

Arcellor Mittal: The biggest threats for 2014 are the costs of power and gas 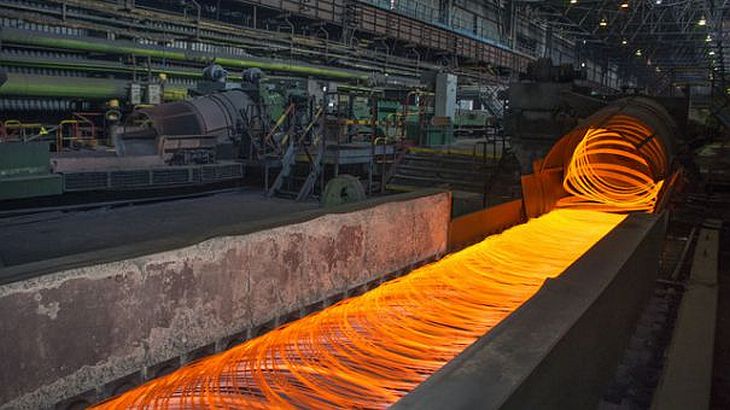 Bruno Ribo, CEO of ArcelorMittal Galați, said in an interview for economica.net that in 2014, the greatest threats to the sustainability and competitiveness of the plant operations are electricity and gas costs incurred in production.

Losses of Galați plant and of European division which includes the plant are mainly the result of high taxes imposed on energy prices, the manager said. According to data presented by the company’s main strategist, the plant in Galați finished the year, its fifth, with losses of 115 million lei and the European division drew the line at 366 million euros opperational loss.

Bruno Ribo said the losses were still halved compared to last year due to investments and a shift to core activities. Speaking about the evolution of energy prices, the general manager said:

“For two years we face an explosive growth of eco-taxes, added to the price of electricity. This created a huge distortion in the energy market, which has directly affected the competitiveness of our industry in the Black Sea region. We are also extremely concerned about the decisions to liberalize gas prices by an unrealistic timetable: an increase of 146% for the domestic gas price in the period 1 January 2013-31 October 2014. “

Decisions taken by the Government, says the CEO, didn’t reach up into the middle of the problem. From the steel producer point of view, the industry needs a “competitive renewable energy model using all legal tools to mitigate the negative impact,” recalling that non-European industry has an advantage over that of Europe regarding the energy costs.

ArcelorMittal Galai leader showed a decline in orders from the Black Sea region and the Balkans in favor of CIS and non-european competitors.

“The advantages of our competitors are related to the fact that the energy and environmental requirements are mandatory for us, but not for them. Compared to us, they pay less than half for energy, including gas, and therefore have a better cost structure.”, said Bruno Ribo in the interview.

The efficiency of the production process, the improvement of operations and of energy consumption seem to be the only solutions. In the plant, according to the statements of its leader, have been invested in the last four years over 200 million euros for upgrades.