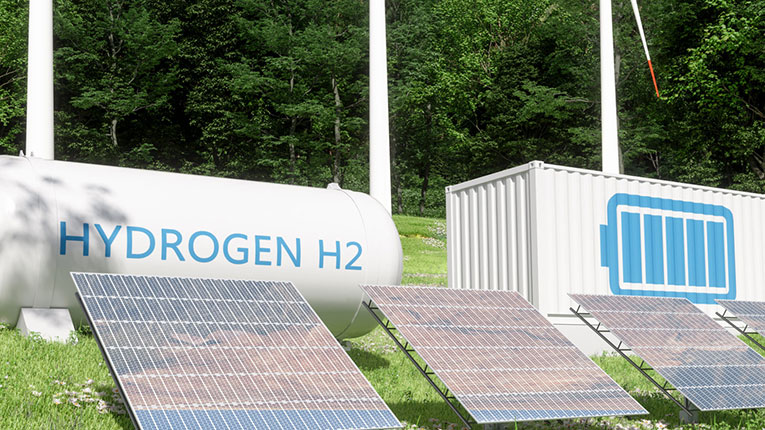 The first investors who want to build hydrogen production and storage facilities have already come to ask for opinions from the National Energy Regulatory Authority (ANRE), Zoltan Nagy-Bege, vice president of the institution, said on Thursday at the conference “Hydrogen – A solution sustainable for the energy transition,” organized by the Romanian National Committee of the World Energy Council.

“There are signs that investors in renewable energy projects are considering hydrogen for storage and balancing. These initiatives are gratifying and encouraging, even if they are not very large, they are only in the category of pilot projects or R&D. But we have already seen potential investors who are in the process of applying for a technical approval for connection to wind energy production projects, for example, which also include a hydrogen production and storage facility. I express the hope that they will materialize and will constitute the bases of a new industry,” said the ANRE official, according to Agerpres.

According to him, it is still difficult to estimate what the true potential of hydrogen is, if it will become the main fuel or what role it will play in balancing the production of renewables, how the costs will evolve and how wide its use will be.

We also need research projects and as many pilot projects as possible.

“Fifteen years ago, when photovoltaic panels appeared in the EU, the costs were 7-8 times higher than now. I don’t think there were many at the time who thought that in 15 years it would evolve so fast and become one of the main sources for humanity. A similar evolution of hydrogen is not ruled out,” Nagy-Bege said.

Earlier in the same conference, Dan Dragan, Secretary of State in the Ministry of Energy, said that the institution he represents has already started working on the national hydrogen strategy and planned to draft legislation for the use of this fuel by 2023.

previousVarinia Radu: The private sector will do the hard job of fighting climate change
nextRomania, one of the last in EU for the circularity of the materials used