Alro records losses due to energy prices and LME quotations 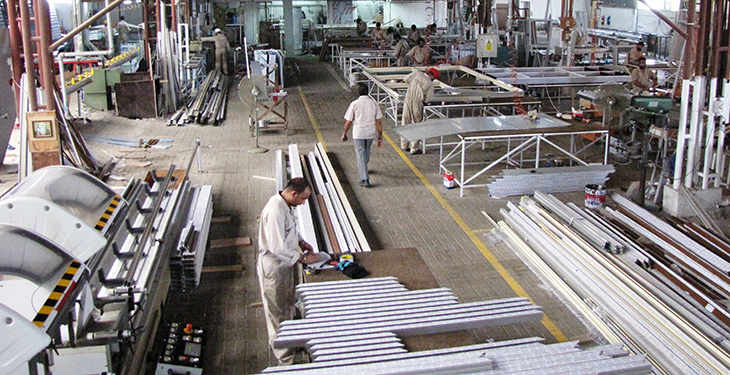 Alro Group ended the year 2019 with a turnover of RON 2,777,801 thousand (down by 7% compared to 2018), an EBIT of RON 99,223 thousand (by RON 262,617 thousand lower than in 2018) and a net loss of RON 68,339 thousand compared to the previous year’s consolidated profit of RON 235,327 thousand. At a global scale, the aluminium market was affected in 2019 by a 15% London exchange (LME) decrease year on year, by international politics, such as the US tariffs on imports, the Chinese retaliation, the Brexit negotiations, all these driving the clients on the aluminium market to have a cautious behaviour, which had a significant impact on the results in 2019, reveals the company report.

The tariffs imposed by the USA caused important aluminium metal quantities to be diverted between key market areas. At the same time, the lifting of US sanctions against Rusal in the beginning of 2019 brought back more aluminium into the market. All these contributed to fluctuations in the aluminium markets worldwide and determined clients downstream to rather wait for better opportunities, which eventually caused the prices to decrease: the LME cash seller quotations for 2019 were at an average of 1,791 USD/t, losing more than 300 USD/t from the 2018 average of 2,110 USD/t.

”On the local Romanian market, we have faced further adverse conditions, mainly derived from the prohibitive energy prices, which are above the prices in other European countries such as Germany, Austria, Poland, France, the Netherlands, and above the European Union average, and consequently pushing Alro’s gross margin as low as 8%, from last year’s 22%. This trend was also observable in Q4 2019 when the gross margin was 4% compared to the 19% recorded in Q4 2018,” according to the report.

”Concerning the factors that are impacting the local Romanian market, energy prices in particular, in the end of December 2019, the Romanian Government issued an Emergency Ordinance for amending GEO no.115/2011 through which the Romanian Government is committed to implementing a State aid scheme to compensate large energy-intensive undertakings for a share of their indirect emission costs. The State aid scheme is a transposition of the provisions resulting from the EU ETS Guidelines 2012/C 158/ 04. Such European support schemes are in force since 2012 and already applied in 12 European states – Germany, France, Spain, Norway, Finland, Hungary, Greece, Latvia among those states – in which Alro has strong competitors. This aid scheme offers direct subsidy for the compensation of costs relating to greenhouse gas emissions passed on in the electricity price for the economic agents from various fields of activity, in order to preserve their competitiveness.”

The European Guidelines are defining also the list of industrial sectors which qualify for the direct subsidy as well as the formula of implementation, in the smallest details. ”For Alro, as well for companies from other 15 Romanian industrial sectors and 8 subsectors (as they are regulated by the EU ETS Guidelines 2012/C158/04, these compensations have the role of counteracting the high energy price on the overall cost. Moreover, the source of funds for the actual compensation comes from the auctioning of the greenhouse gas emission certificates attributed freely by the European Union to Romania. Therefore the scheme is being supported directly from this mechanism implemented across the European Union and is not affecting the rest of the Romanian consumers.”