Acasă » Electricity » AFEER: The state is late in paying suppliers the money for energy bills offset

AFEER: The state is late in paying suppliers the money for energy bills offset 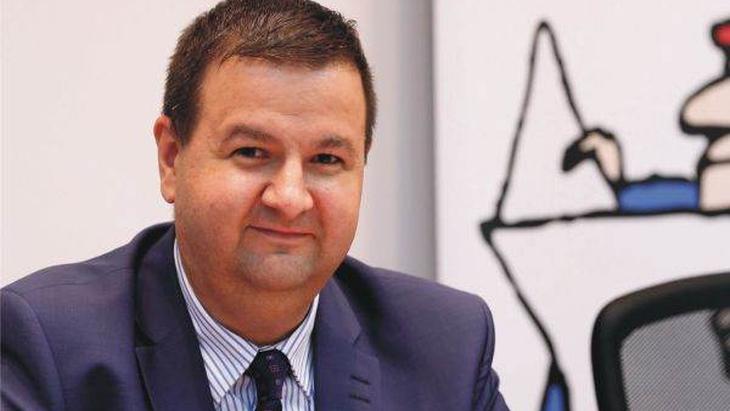 The Association of Energy Suppliers of Romania – AFEER rejects the accusations of incorrect practices launched in the public space by politicians and commentators. “Every case of willful or involuntary violation of the law must be treated promptly, without accusing an entire field of activity,” said AFEER President Laurențiu Urluescu in a press release. The association also claims that “the suppliers should have received by the middle of January the first money from the state budget, for the November consumption of the household customers. Unfortunately, this did not happen until now, despite the assurances given by the authorities”.

Suppliers are NOT thieves!

The idea that suppliers have not applied at all or they have incorrectly applied the legislation on capping and offsetting electricity and natural gas bills has been circulated. Referring to this topic, the president of AFEER recalls in a press release that “GEO 118/2021 on capping and compensation was published in the Official Gazette (MO) on October 4, 2021, and Law 259/2021, which approves, with many modifications, this Emergency Ordinance was published on October 29, 2021, in the conditions in which the law began to take effect in two days (from November 1, 2021). The implementing rules of Law 259/2021, although they should have been drafted within 15 days, were published in the Official Gazette on November 27. The last amendment of the legislation, GEO 130/2021, which brings some clarifications, was published not earlier than December 18th!

In these conditions, it was very difficult for the suppliers to adapt their software and to put into practice, starting with November, a legislation that was finalized only on December 18th!”

“We are aware that ‘there is a black sheep in every flock’ and that is why we maintain that every case of willful or involuntary violation of the legislation must be treated properly, without accusing an entire field of activity,” says Laurențiu Urluescu. The AFEER president says that the state authorities carried out many checks on the gas and electricity suppliers, but only some of them were sanctioned, “which means that everyone else was correct! There was never in the intention of AFEER members to break the law! It’s just that this was not clear and it was not issued in a timely manner”, says Laurențiu Urluescu.

AFEER demands, once again, that the legislation be complete, simple, clear and for the benefit of the entire energy sector, from producer to consumer, so that the population and companies in Romania can get through this period of crisis as easy as possible.

In recent months, more than 60,000 natural gas final customers have been taken over by suppliers of last resort, and three-quarters of natural gas suppliers have demanded the withdrawal / suspension of licenses, AFEER reports, signaling a “worrying” phenomenon which, if maintained. in the long run, “may lead to deterioration of services.”

In the context of explosive increases in electricity and gas prices, AFEER considers (as it considered from the very beginning) that measures to support both domestic and non-domestic consumers are needed, not only for this winter but also for the future, until the situation on the energy market will stabilize.

This, however, requires clear, predictable provisions and procedures, so that uniform treatment be in place which can be explained as easily as possible to the final customer who benefits from the measures established by law. “At the same time, we consider that, through the provisions imposed, the suppliers must recover from the state institutions provided by law, in full and within the time established by law, the amounts granted to its final customers for compensation, capping and exemption, as well as the operational and financial costs of managing the support scheme.

Please note that any late payment comes with major risks not only for suppliers but for the entire energy sector.

According to Law no. 259/2021, the suppliers should have received the first money from the state budget, for the consumptions related to the November of the domestic customers, in the middle of January. Unfortunately, this has not happened until now, despite assurances from the authorities. On the contrary, it is now stated that additional checks are needed, which means that suppliers will not be reimbursed in a timely manner.”

In each invoice, states AFEER, the largest share of the amounts collected by suppliers is the payment by consumers of “transmission, distribution, system tariffs, VAT, excise duties, cogeneration bonuses, green certificates and the cost of purchasing energy”. “If the suppliers will not be able to support the invoices until the amounts are settled by the state authorities, they will not be able to pay further the producers, transporters, distributors of electricity and natural gas and they will not be able to pay VAT and excise to the state budget! Thus, the entire electricity and natural gas market will suffer!”, warns the suppliers’ association.

AFEER President Laurențiu Urluescu considers that if the over-taxation of suppliers’ profits is adopted, “it will only increase the cash flow problems of the suppliers and speed up their collapse, without bringing practically any benefit to the final consumer”.

previousChimcomplex will invest 725 mln. euro over the next three years, gets listed to the first tier
nextOnly 8 EU countries reported to the Commission barriers in taking-up renewable PPAs