Acasă » Electricity » A. Spînu: Romanian energy companies should be braver and come to the Republic of Moldova

A. Spînu: Romanian energy companies should be braver and come to the Republic of Moldova 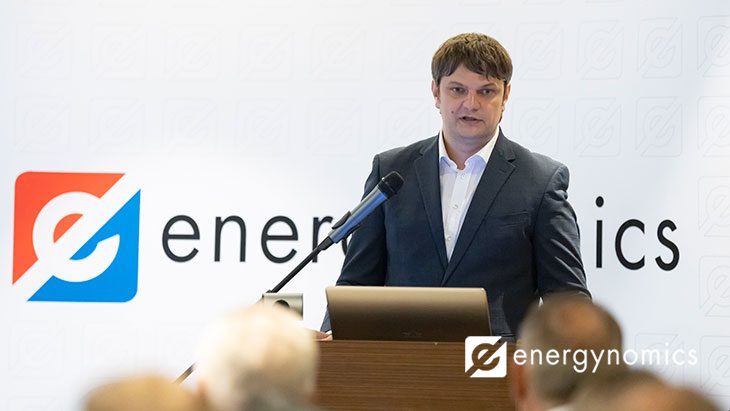 Ensuring the security of energy supply will not be solved for the next 50 years and prices will continue to rise. Neither Chisinau nor Bucharest have the strength to influence these developments, which depend on other factors, says Andrei Spînu, Deputy Prime Minister and Minister of Infrastructure and Regional Development in the Republic of Moldova, during the “Regional Approach – Chisinau” conference, organized by Energynomics.

“The energy problem will not be solved in any way in the next 50 years. The price will continue to rise and it is clear that the needs are greater, especially as they are bundled with the trend to decarbonize the globe. There are expectations for finding balance in the energy market, and I think we should find it as soon as possible. But obviously, we will not find the balance in Chisinau and maybe not even in Romania, because other factors influence it. But, when back to such a balance, we will have to review the entire strategy in the energy field to make the best decisions”, stated Spînu.

The Deputy Prime Minister said that, from his point of view, long-term dependence on a single supplier was a strategic mistake, but the market situation is currently “very unsuitable” for reforms. However, the Chisinau government has initiated a series of measures aimed at ensuring energy resources for the economy and the population. The Republic of Moldova is almost entirely dependent on gas supplies from Russia and uses gas for both heating and electricity generation. In the last two years, the price of gas has increased significantly and is on the verge of creating social problems.

“There are six months of winter ahead for the whole region and it will be a complicated period. I don’t think anyone has clear answers, but together we should be able to get through it. For us, the problem of energy is more of a social one, than a technical one, and that’s because it is influenced by tariffs”, added Spînu.

In October 2021, the Republic of Moldova began to carry out its first energy transactions on the international market and established by law the obligation to establish strategic energy reserves. In the next 18 months, Moldova intends to implement the unbundling strategy in the field of energy transport, to create a functional and transparent energy market.

“What we have to do in the next period is to make sure that we have a gas market in the Republic of Moldova as well. We hope that the situation in the energy market calms down and we have at least some competition in this field. In energy, the market rules were delayed by two years and if they had been implemented at the right time, it would have been a much more beneficial situation than it is now. I believe that some things must be forced by the state, otherwise they rot over the years”, stated Spînu.

Also last year, the Iasi-Ungheni-Chisinau gas pipeline became operational, and the state introduced the obligation for companies to supply themselves with energy from at least two sources. Starting from May, Moldova imports about 30% of its energy needs from Ukraine. However, commercial energy transactions in Romania are hampered by the extreme prices on the Bucharest market and are incomparable to those obtained in Ukraine. However, Spinu stated that the Chisinau government initiated discussions with the energy market operator OPCOM for creating a similar exchange in the Republic of Moldova.

“We are in advanced level discussions with OPCOM, which we want to bring to the Republic of Moldova. I understand that ANRE in Romania issued notices for cross-border transactions. I have been saying for a long time that Romanian energy companies should be braver to come to the Republic of Moldova, and I saw a bit of courage at the Romanian Commodity Exchange and that’s about it. Please try to be more present!”, urged Spînu.

In an attempt to reduce dependence on energy imports, the government in Chisinau has started work on a robust energy strategy until 2050, which would allow state and private companies to have as much predictability as possible over the business and the legislative framework. By 2025, the country has set its goal of achieving a 30% renewable energy level and plans to attract investment for generation capacity with a cumulative capacity of 400 MW. According to Spînu, the interest in installing photovoltaic panels on residential buildings is huge, their volume doubling in August. By the end of the year, Spînu estimates an increase of at least 300% compared to previous years.

Another difficulty is caused by low energy efficiency in the country because investments in building envelopes have been delayed. On the other hand, customers lost their confidence in the viability of centralized heat supply systems, but the government in Chisinau introduced into legislation the obligation for public institutions to reconnect.

Moldova also intends to be active in the area of ​​gas storage and the most promising projects are carried out in partnership with Ukraine, to secure its extraction capacity from deposits, rather than large volumes, which are not required given the low consumption in the country. The Ukrainian infrastructure is superior to the Romanian one, both from the perspective of the storage capacity and the volumes that can be extracted from the warehouses in a short period.

“We don’t have very high gas consumption, but once stored, we want to know that we can get it out quickly. If we store gas in Romania, we may not be able to extract gas volumes within a short period. Ukraine has extremely large storage capacities, and although at this time there are some risks, from a technical point of view, Ukraine is much more ready for such transactions. Soon we will start backhaul transactions with Ukraine and this will open up new opportunities, including for gas storage in Romania or Ukraine”, said Spînu.

previousREI brokered a state aid worth more than EUR 23 mln.
nextȘtefan Sabău: Centralized markets can provide transparency to the energy system in the Republic of Moldova