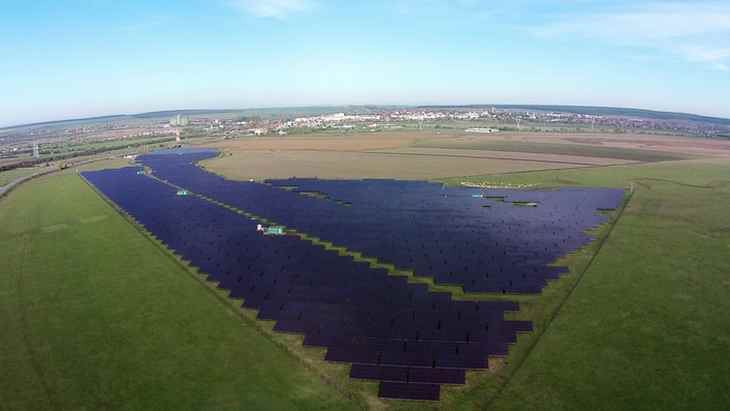 Finas Group, a Cluj-based company that operates in the green energy market, has become a partner in a joint venture with DTEK Renewables International, the largest private energy investor in Ukraine, to develop several renewable energy projects worth 150 million euros. According to Transilvania Business, the collaboration between the two companies began in December 2021, through the joint development of a 60 MW wind farm in the town of Ruginoasa, Iași county, on an area of ​​25 hectares. The 90 million euros investment is currently in the design and equipment tendering stage, to be completed in 2024.

In June 2022, Finas Group and DTEK Renewables International started a new project worth 60 million euros. It is about a 65 MW solar park in the town of Glodeni, in Mureș county, which covers 90 ha and will be completed next year. At the time of the association of the two companies, both the wind farm and the solar farm had a technical connection authorization (ATR).

Founded in 2002, Finas Group operates both in the renewable energy market, as well as in agriculture and real estate. The Cluj company developed, before 2013, over 80 MW (of which 64 MW in wind energy, 15 MW in solar energy and 5 MW in hydropower) and currently has 15 MW in operation in solar energy with Slovak and Czech investment funds.

DTEK Renewables International is part of the DTEK Group, a leading private investor in Ukraine’s energy sector. Organized as a holding company with seven wholly owned subsidiaries incorporated in the Netherlands, the group has the majority of its operations and assets in Ukraine. DTEK enterprises generate electricity through solar, wind and thermal power plants, are involved in the production of coal and natural gas, and trade energy products on the Ukrainian and international markets. At the same time, it distributes and supplies electricity to customers, offers products and solutions to improve energy efficiency and develops a network of fast charging stations with energy.

previousEnergy Minister: Romania exceeded the threshold of 3 bln. cm of gas in deposits, an absolute record
nextMichelin builds a solar park of 1 MW for its own factory in Zalău