MOL introduced the paid service for charging electric vehicles at four of its gas stations in Bucharest, writes zf.ro, based on information from the molplugee.ro website.

The rates are 29 lei for a normal charge and 44 lei for a fast charge. The company specifies that each initiated charging session accounts for one charging, with no regard to the amount of electricity input or the duration of the charging session. 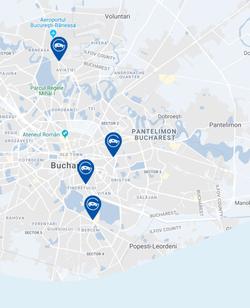 4 charging stations are currently available in Bucharest, built by MOL Romania within the NEXT-E project.

In July 2017, the NEXT-E project was selected by the European Commission for co-financing through the Connecting Europe Facility (CEF) program. The NEXT-E consortium will receive 18.84 million euros to implement the project, which is the largest CEF funding granted to an electric vehicles project. By 2020, 222 multi-standard fast charging stations (50 kW) and 30 ultra-fast charging stations (150-350 kW) are to be installed along the main corridors European transport network and the trans-European transport network (TEN-T). In Romania, 40 stations will be built – 19 by E.ON and 21 by MOL Romania – on the routes: Suceava-Bacău-Călărași, Constanța-București-Timișoara and Iași-Târgu Mureș – Alba Iulia. Recently, Energynomics informed that E.ON Energie Romania opened its 15th station within the NEXT-E project.