Organized by energynomics.ro, the fourth edition of Spring Cocktail brought together over 100 participants and was supported by four top speakers. For opening the evening and stimulating the dialogue there were Robert Tudorache, state secretary in the Ministry of Energy, Daniela Lulache, CEO Nuclearelectrica, Dan Cătălin Stancu, CEO Electrica SA and Cristian Secoşan, CEO of the Romelectro Group.

After greeting the audience, Iulian Harpa, managing partner of Wing Media Energy Consulting, publisher of energynomics.ro, has presented some of the most significant activities proposed this year by the most complex communication platform for Romanian energy.

State Secretary Robert Tudorache delivered the message from the Ministry of Energy, and showed that the main directions of action in the industry will mostly remain those developed in the draft of the national energy strategy. 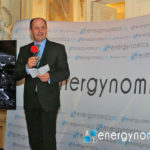 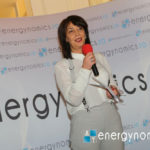 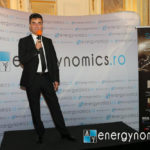 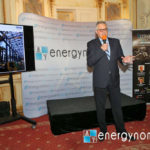 “Conventional energy sources, including coal, will remain a key element in the energy mix of Romania, mainly for reasons of energy security”, said Robert Tudorache. In the process of decarbonization, all low-carbon energy generation capacities have a role to play, is another key point of Robert Tudorache’s speech.

Daniela Lulache: This year will be very similar to 2016

Nuclear is a long term industry, and Nuclearelectrica has long term plans, for which the company seeks the support of the government, as a generator of long term vision and long term policies and strategies. „I do not necessarily see a bright future, as we are still talking about market failures and several challenges affecting all conventional power generators in the region”, said Daniela Lulache, CEO of the producer of up to 18% of the total electricity generated in Romania.

Electricity market regulation is one of the major priorities, from Nuclearelectrica’s perspective: a level playing field for all the power generators is mandatory for ensuring a balanced energy mix.

„If we do want to have in Nuclearelectrica the same safety standards, efficiency and professionalism that we proved, we really have to align the national policies and standards with the international policies and standards”, insisted Daniela Lulache. „This is the only way the keep our highly skilled and experienced workforce. The nuclear industry flourishes in other parts of the world and our good specialists might go to more tempting offers”.

There are some trends that will be more and more present in Romania, as they are already manifest in Europe, said Dan Cătălin Stancu, CEO of Electrica SA. One of these is moving from one single commodity to a multi-utility concept, and triple offers (gas, power, telecom) are already common. “This will change the game in the industry as it will be harder and harder to define a clear business model that is stable on long term. And this cries for an approach based on adaptability”, said Dan Cătălin Stancu, setting the context in which Electrica will evolve this year and in the near future. “We are still, and hope to remain, the biggest player in power distribution and power supply in Romania, and we are going to consolidate our internal position, by redesigning the processes in the company”. 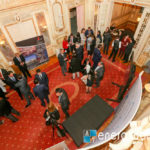 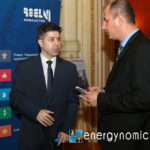 Electrica intends to invest up to 170 million euro per year (55 million per subsidiary), which would be to double the productivity in the investment process compared to the previous years, said Stancu. This comes with significant challenges in relation with the suppliers in the market, and also in relation with the company capacity of processing such investments.

Also related with development plans, Stancu mentioned the opportunity that the company would enter “into a very well selected renewable projects”, as the company is in “a special position, with this mix of energy and green certificates”.

Cristian Secoşan: Main project for this is year is to complete the Unit 1, at Burullus Power Plant (Egypt)

Romelectro started as a company involved in energy projects abroad, and until 2005 most of its work was outside Romania, mainly in overhead lines and transmission stations. As the internal market developed, Romelectro also diversified its activities into thermal and hydro power plants. For this year, Cristian Secoşan said that “the company is focused and looking at what happens in the Romanian market, where we have some significant projects”. Unfortunately, the internal market did not developed as expected, so Romelectro felt forced to look for opportunities outside Romania, explained the CEO of the group, who mentioned the two projects Romelectro has abroad, this year, one in Kosovo, and another one in Egypt.

Romelectro together with Energomontaj perform the works of erection, testing and commissioning for Unit 1 of 1200 MW from the Burullus Combined Cycle Power Plant, the biggest thermal power plant in the world (4×1200 MW). “We are one of the few contractors working there and we are very proud of this project”, said Secoşan. For this year’s Spring Cocktail edition we had the honour to welcome as our guests and enjoy the contribution in debates from several foreign embassies in Romania (Austria, Bulgaria, China, Germany, Israel, Kazakhstan, US).

All present enjoyed the warm and sophisticated ambience from the Cesianu–Racoviţă Palace, occasioned by an original event, designed by energynomics.ro and supported by our partners Automobile Bavaria, CEC Bank, Klarmedia, Electrica, Nuclearelectrica, Romelectro.

2017 Spring Cocktail was an event recommended by the National Regulatory Authority for Energy – ANRE and National Agency for Mineral Resources – NAMR, with the support of many strategic partners, including AFEER, ACUE. Radio România Actualităţi and The Diplomat were the media parteners for this year. 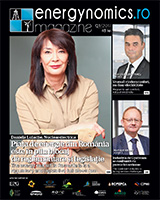 With this occasion we also launched the first issue of energynomics.ro Magazine in 2017. Another 184 pages, fully bilingual format and attractive design, capturing the trends and essential themes in the Romanian energy industry: news, analyses and opinion from personalities directly involved in the decision of the regulators and the most dynamic companies. These issue is featuring among others articles and interviews with Daniela Lulache (Nuclearelectrica), Dan Cătălin Stancu (Electrica), Harald Kraft (ROPEPCA), Martin Georgiev (ATEB), Lucian Anghel (BVB).

For the first pages of the current issue of energynomics.ro Magazine (March 2017) enter the dedicated webpage, where you can also read the full content of all previous issues. For ideas, comments and editorial contributions, or commercial cooperation we encourage you to write us at office at energynomics.ro.