ELCEN to be taken over by Bucharest City Hall this year 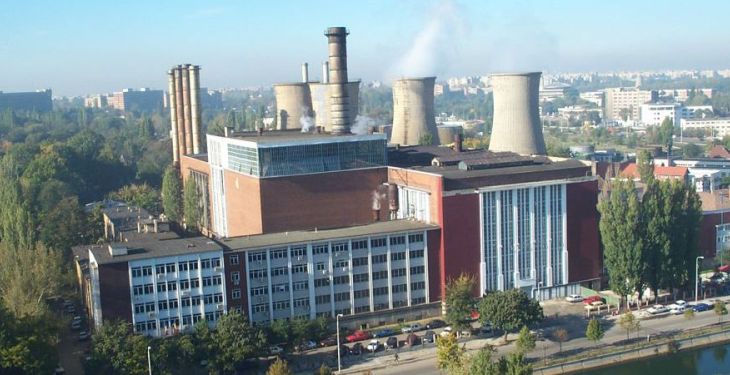 The Ministry of Energy is considering the possibility whether to transfer Electrocentrale Bucuresti (ELCEN) in the subordination of the Bucharest City Hall until this winter, the energy producer will merge with the Autonomous Administration for Thermal Energy Distribution (RADET) said on Thursday the minister, Toma Petcu at the end of a meeting with the mayor of Bucharest, Gabriela Firea.

“The Ministry of Energy started from the very beginning from the strategy of having both the production and the distribution of heat in Bucharest under the same authority, because in the previous years there were very often gaps within this collaboration. The City Hall approved subsidies, it did not pay them to RADET, which did not pay to ELCEN. There were two different companies, one subordinated to the Government, the second subordinated to the City Hall. I said clearly that we need to create a single entity to manage both companies”, said the minister.

According to him, it is clear that the best solution is the merger of the two entities.

“It is a strategy that we will apply throughout the country. At present, the Ministry of Energy manages only 7-8% of all the power plants (CET) that are at UAT level (local administrative units – e.n.), with ELCEN also included here. During this mandate we want to finish this transition (from central to local level – e.n.), which began in 2002-2004 and has not been 100% completed. We have the same situation in Constanta and there are similar talks there. The local public authority is most concerned for the population of the city to have good prices and quality for services delivered in normal conditions. In order to avoid making blames from side to side, the normal way is that they are under one authority”, considers the minister.

He stressed out that for the Bucharest inhabitants this procedure will mean ensuring a high quality service of heat supply, seamless and without any major damages.

Also, when asked about what will happen with the historical debt of RADET to ELCEN, Petcu said that this will be determined by the receiver within the reorganization plan.

In mid-March, Gheorghe Piperea, lawyer at Piperea and Associates, the receiver of RADET, said that the Autonomous Administration will merge by absorption with ELCEN and the shares of the Ministry of Energy within the new entity, will be transferred to the City Hall.

“The main element contained therein the reorganization plan of both companies, is the merger, after which RADET, that is an autonomous administration, will be transformed into a joint stock company. There will be a merger by absorption, in which the future RADET will swallow ELCEN, following that the mutual debts will be erased and a balance that will be covered will remain”, said the lawyer, quoted by Agerpres.

According to him, the whole procedure will be subject to the state aid legislation. Piperea claimed that there won’t be a reorganization plan for both entities earlier than November 2017.

“On the other hand, it is good to note that the significant economic and social effects have already occurred. Some of them are automatic: none of them can be sued. Secondly, the penalties do not increase. Out of the 3.6 billion (LEI – e.n.) amount, that RADET owes to ELCEN, more than 3.3 billion are penalties, which, at present, have been frozen. The existing agreements are continuing, except those which were illegal and were abolished by us”, said Piperea.

The City Hall paid upfront about 420 million lei in the subsidy account for natural gas throughout the winter until April, in order to avoid any gaps in the heat supply of the population, he recalled.

“If this plan fails, both entities, RADET and ELCEN, will enter in bankruptcy”, added the receiver.

previousRenewables break records with more than 2,000 GW in 2016 – IRENA
next2017 Spring Cocktail – The trends in the Romanian energy industry