Acasă » Electricity » We launched the 36th edition of the Energynomics Magazine!

We launched the 36th edition of the Energynomics Magazine! 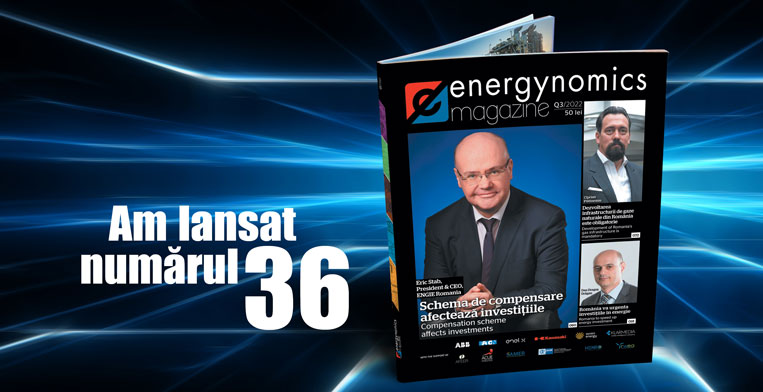 Issue 36 of Energynomics Magazine was launched on Thursday 6 October, bringing to the attention of the Romanian energy industry community, once again, an edition that will be accessible online, free of charge, alongside all previous issues.

For them, we address topical issues, from the impact of the war in Ukraine on energy markets to the (un)anticipated effects of support measures adopted in Romania and Europe, to the difficulties faced by an oil and gas company manager, to the ESG-dominated outlook in the world’s major corporations, from the eternal decline of the heating industry in Bucharest to the effervescence of projects and investments in the renewables segment, finally, from the already near future of small-scale nuclear reactors to the role of quality communication in troubled times. 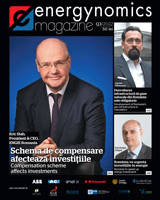 The energy companies support the entire support scheme, which has a significant impact on cash flow. „As such, we are facing an acute lack of funds to support investments. This is an alarm signal because, if investors like us, with 1.4 billion euros invested, will no longer be able to invest, it will be extremely difficult for Romania to achieve its goals assumed at the European level in terms of renewable energies ”, claims Eric Stab, President & CEO of ENGIE Romania, in an exclusive interview for Energynomics.ro.

The large volume of available funds for the energy industry in Romania and the wave of new projects that are currently being prepared bring up an issue little debated in the past years: the number, quality and power of local general contractors. To try to find out more and understand some aspects of them, we discussed with Ciprian Păltineanu, CEO of INSPET SA, a company with tradition, connected at the same time to the new trends.

We need to speed up investment in energy sources based on clean domestic resources and falling within the European funding program and the conditions imposed by taxonomy, Dan Drăgan, Secretary of State, Ministry of Energy, states in an exclusive interview with Energynomics. “Romania’s energy security and independence are the main pillars of energy policies and in order to maintain balance between the security of the National Energy System and the decarbonization targets we rely in the short-term including on coal capacities, while the new gas-fired capacities, hydrogen-ready, and renewable energy sources will gradually replace such capacities. Also, in the medium and long term, nuclear energy must be included in the Romanian energy mix option”, Dan Drăgan states.