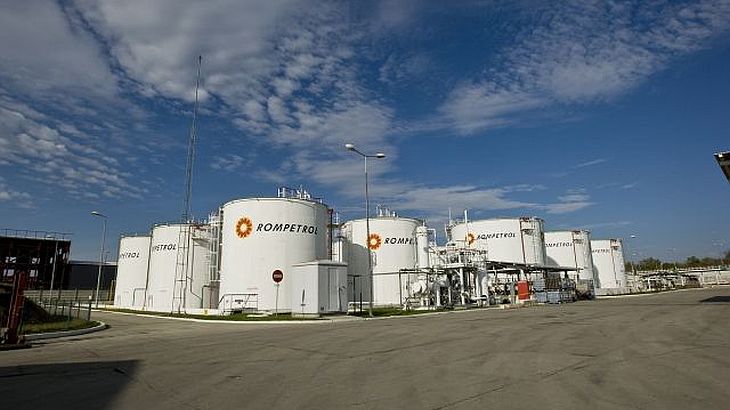 Rompetrol Rafinare, a member company of the KMG International Group (Rompetrol), initiated this year an extensive program of maintenance, rehabilitation and modernization of the storage capacities for the products obtained in the Petromidia Năvodari and Vega Ploiești refineries. The investment effort is estimated at around 40 million dollars, for the period 2022-2027.

“The works in the tank park are part of our operational strategy, which aims to make production processes more flexible, in total safety and environmental protection. The project will lead to an increase of about 20% in the diesel storage capacity and will allow us to manage the transfer of finished and semi-finished products more efficiently. With the support of the KMG International Group, we are continuing the assumed path of developing the Petromidia and Vega refineries, production units with a major positive impact for the Romanian energy sector”, said Felix Crudu-Tesloveanu, General Manager of Rompetrol Rafinare.

In addition, the overall project aimed at the tank park will streamline transport logistics and increase operational safety. At this moment, the works started with the construction of three new tanks for petroleum products, as well as the rehabilitation of a tank for semi-finished products.

In the next period, design, inspection and technical verifications are planned for another 6 tanks, with a cumulative storage capacity of about 50,000 cubic meters.

It is the second major project started, since 2007, until now, which is intended for the modernization of the tank park. A similar investment was included in the period 2011-2020, when KMG International (Rompetrol) allocated over 17 million dollars in the rehabilitation of over 20 tanks.

In the vicinity of the refinery, about 2 kilometers away from the Petromidia platform, there is also the crude oil tank park, operated by Midia Marine Terminal (MMT), consisting of 8 tanks with a total capacity of about 420,000 cubic meters, connected by a land and submerse pipeline from MMT’s offshore terminal, located 8.6 kilometers off Midia Port.

For this year, Rompetrol Rafinare has set out to achieve a production of almost 4 million tons of fuels, out of a total of over 5 million tons of raw materials targeted for processing. Immediately after the completion of the turnaround works from March to April, the Petromidia refinery returned to optimal operational capacities, with an average of over 15,000 tons of raw materials processed daily.

In the first half of the year, the company mainly concentrated its deliveries of petroleum products to cover the demands of the domestic market, but also in the region, especially to the subsidiaries of KMG International – the Republic of Moldova, Georgia and Bulgaria. The group is the largest fuel supplier in the Republic of Moldova and Georgia.

Petromidia Năvodari is the largest refinery in the country and one of the most modern and complex profile units in the region, which works in perfect synergy with the petrochemical division (the only national producer of polymers), but also with the Vega Ploiești refinery (the only domestic producer of bitumen, hexane and ecological solvents).

The significant shareholders of Rompetrol Rafinare are KMG International (54.63% – directly and indirectly) and the Romanian State through the Ministry of Energy (44.7%).

previousOMV Petrom and CE Oltenia invest 400 mln. euro in the production of photovoltaic energy
nextWe launched the 36th edition of the Energynomics Magazine!