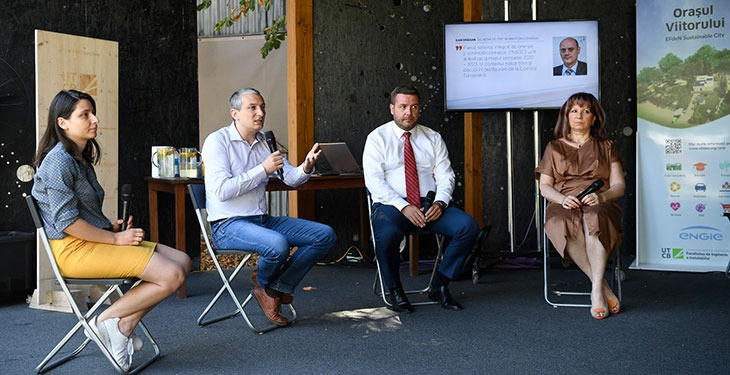 At the press conference, Elena Popescu, Director General of the Ministry of Energy, referred to the enormous amount of work involved in updating the national legislative and regulatory framework and stressed the need for solidarity from all actors involved in the energy sector, but also from those outside of it but affected by present and future developments. We need mature projects, said Elena Popescu, to take into account the realities of the national energy system, such as electricity transmission capacity, the fast pace of decommissioning of large production capacities, the social impact of these transformations.

Martin Moise, vice-president of PATRES, insisted that the preparation of large investment projects from the private sector depends fundamentally on finalizing legislation (energy law, offshore law, etc.), clarifying support schemes (mainly CfD), but also adopting framework documents (mainly the National Energy Strategy, the National Comprehensive Energy and Climate Change Plan, the National Recovery and Resilience Plan) and the operationalization of sectoral programs, such as those coordinated by the Administration of the Environment Fund.

Dalia Stoian, Project Manager SDE2 EFdeN, referred to the need for more awareness at the level of the general public, but also of the decision-makers within the local public authorities. Without a good understanding of the trends and obligations imposed by the new realities in the energy sector – decarbonization of power generation and the thermal sector, renovation of buildings, green transport – we cannot hope for the behavioral changes necessary for a good energy transition. Dalia Stoian proposed organizing interdisciplinary workshops in which the challenges of the energy sector to be addressed in a way that encourages the exchange of perspectives from different areas. “Such regular meetings, possibly under the auspices of the Ministry of Energy, could really contribute to strengthening the solidarity that Elena Popescu was talking about”, Gabriel Avăcăriței noted.