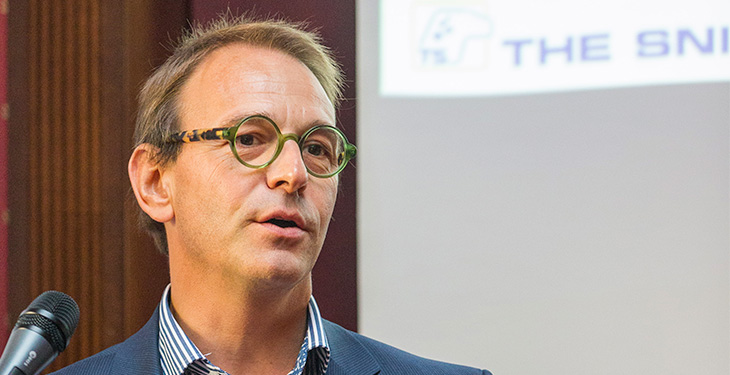 The Sniffers is an environmental service provider for the oil and gas industry. ”We are operating worldwide, focusing on Upstream, Midstream and Downstream for O&G activities. We help companies reduce their emissions into the atmosphere, to maintain the integrity of their pipelines and we help them save energy”, said Bart Wauterickx, CEO of The Sniffers, at the Energy Breakfast Club – Oil & Gas – E&P, Transportation and Processing – organized by energynomics.ro.

The company has an office in Bucharest and one in Ploiesti under the umbrella of the mother-company, WTS Energy. „The topic of methane is very important when talking about global warming. If we don’t do anything, our global temperature is going up more than 4 degrees Celsius, which is a dramatic evolution. Reducing CO2 in the atmosphere is important, but methane also has a huge impact on the evolution of global warming. Methane is responsible for 25% of the global warming. And if we reduce methane just in a 45% ratio, that is the equivalent of 1,000 coal plants being closed during the next 20 years”, said Wauterickx.

Methane has the potential of having an 84 times bigger effect than CO2 in the global warming, over the next 20 years.

„In every country we are active, with every customer, we see that methane is a prime focus in the oil and gas industry. Starting 2015, all companies started targeting methane. Very important was the Oil and Gas Climate Initiative – OGCI. Many major companies such as Exxon, Petronas, BP, Shell and Amromco have promised, without any legislation, to reduce their methane emissions to 0.25%, by 2025. At this point, they are roughly at 0.37%, so there’s still a lot to accomplish that target, but, without any legislation out, they demonstrated this initiative,” he adds.

A lot of pressure from shareholders, as well as from investment funds, that do not want to invest in polluting industries, added to set the target out.

According to IEA, there are various technologies that can reduce methane emissions, and half of them can be applied at no net cost, but can reduce methane emissions by 38%. The Sniffers representative presented a methane accounting and management program through which companies are supported to accurately report their emissions. The Sniffers also comes with adapted solutions to reduce these emissions, Wauterickx concluded.