Acasă » Electricity » Volt: 40 projects get greenlight in the Electric Up program

Volt: 40 projects get greenlight in the Electric Up program 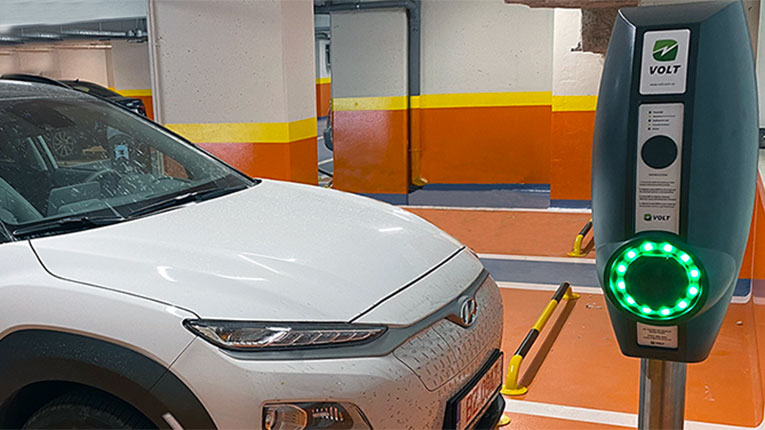 Volt, a provider of complete solutions for photovoltaic systems and charging stations for electric vehicles, announces that all the 40 files submitted by the company, on behalf of customers, have been admitted to the Electric Up program. The Ministry of Energy recently published the final list of files related to the first stage of the program. Volt aims to double the project portfolio by 2022 as well as the number of files approved in the next stage of the Electric Up project.

“The Electric UP 2020 program opened the Romanians’ appetite for alternative sources of electricity generation and represents a good start in terms of educating the local market. We are facing a significant increase in energy costs. If we look at what is happening now in the industry, the fluctuations and the upward trend of prices, we can see how private companies in particular feel the need to rebalance operating costs. And electricity spending is one of the factors that can be really managed and stabilized internally in the long run, by transforming from consumers to prosumers. We see this directly, we have 40 files admitted, partners interested in streamlining their business using these technologies,” says Adrian Săcuiu, Managing Partner, Volt EVSE Distribution.

The company’s representatives say that the Romanian market is only now really starting to adhere to the transition to green energy.
Only through the Electric UP program, Volt EVSE Distribution will deliver in the course of 2022 photovoltaic systems of over 2.5MW for its partners.

“Photovoltaic systems, a segment with an as yet undeveloped potential at the local level, are among the most efficient variants of energy production, especially in terms of efficiency and the payback period of the investment. At an average production capacity, 1MW built can get to the break even point in about 6 years. Plus the value is also reflected not only in terms of profitability, but also in terms of significantly reducing the carbon footprint for companies that opt for this type of solution,” says Octavian Rosca, Managing Partner, Volt.

The company is currently building one of the largest parks of roof photovoltaic systems. The park is located in Cluj, will have a total capacity of 5.1MWp and the first stage of the project, more precisely 1.8MWp, will be put into operation and handed over this month.

“Also, this month we will hand over 1.8MWp, a rooftop system for one of our customers, and next summer the entire 5.1MWp park will become operational. It is the first park of this size that benefits from one of the most advanced technologies, with 540 Wp panels. So far, Volt projects alone will produce almost 10,000 MWh annually starting in 2022. And the capacities and demand are constantly growing,” added the company’s representatives.

Volt EVSE Distribution, a company founded in 2016 and one of the main local suppliers of electric charging stations, has developed its photovoltaic systems division in recent years, attracting investments of 1 million euro. In 2020, the company developed internal process automation systems, managing in less than two months to submit more than 40 files under the Electric Up program, all of which were admitted by the Ministry of Energy. The company’s portfolio includes over 100 customers in the segment of electric charging stations as well as photovoltaic systems on the ground, rooftop and carport.

previousCristian Nacu, IFC: Our role is to finance sustainable development, green projects
nextEDP will invest in projects that will generate energy of 1.5 GW from green hydrogen by 2030