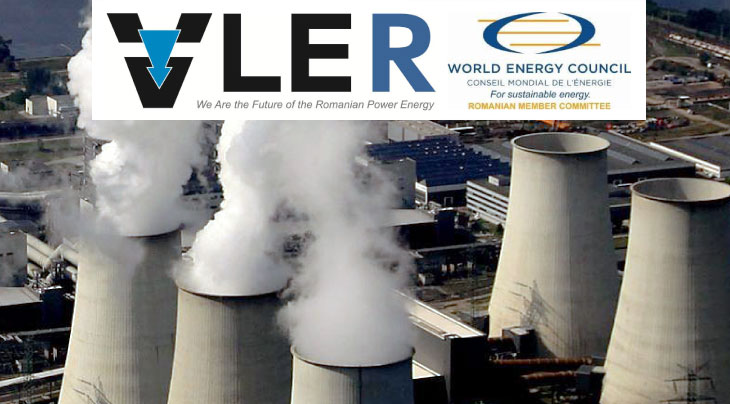 The members of the Future Energy Leaders Programme (VLER) within the Romanian National Committee of the World Energy Council (CNR-CME) analyzed the questions and provided answers to the questions the Energy Department send for an public debate.

This is a selection from their answers that account for the point of view of VLER (CNR-CME).

Here you can download the full message directed to the Energy Departament (in Romanian).

What do you think the three most important measures to attract investments in the Romanian energy sector would be?

It is necessary for the investments interest to focus on the improvement and modernization of the existing capacities, in particular in the case of the conventional power units, as well as on the development of new facilities, for choice in the interconnection sector at the regional level. An important general measure is to provide a stable, predictable, favourable and transparent framework from the technical, economic, commercial, legal, social and environment point of view – the direct transposition of this measure can be carried out first of all through a political stability and safety. It is also very necessary the relaxation of fiscal policies, the administrative efficiency through the reduction of bureaucracy.

What do you think should be the role of the state in the Romanian energy sector ?

Taking into account the European context, the approach on the role of the state should include the entire EU energy sector.
The consolidation of the current role that the energy companies own at the internal level can be achieved only by the extension and imposition on the European market, in particular due to the context of integration of the local energy markets in a common market.
The existing tendency to reduce the state’s role as owner of the energy sector will require it to play effectively, objectively and actively other roles:

Thus, the state can contribute to shaping a clear vision, the final prices stabilization, the dialogue easing between the main parties involved, the financing easing, the stability and achievement of national objectives, as well as to the creation of a sustainable policy in energy sector.

What do you think will be the evolution of demand for power energy, natural gas and fuel during the period 2014 – 2035 in Romania?

The power energy consumption will record an evolution with an increased volatility considering a constant trend for the following 10 years, subsequently estimating a slight increase of maximum 1% per year by 2035.
The natural gas consumption will evolve negatively taking into account the price rise for the entire chain of production, transmission, distribution and storage. It is likely that the most important drop to be recorded at the level of the population and of the economic operators who use this source for thermal energy, accounting for a real opportunity for other more accessible sources such as power energy.

The only solution for recovery in this sector is accounted for by the development of internal production, respectively the commercial exploitation of the deposits from the Black Sea or the shale gas deposits, with direct impact on the price (the most optimistic outlook being 2020). The natural gas consumption in Romania depends not only on economic factors but also on the climatic evolutions from the next period. Other factors that might foster the natural gas consumption is the rise of the bonus related to the support scheme for the high efficiency cogeneration (although the recent measures adopted acted negatively) or the promotion of energy efficiency policy through the distributed generation of power and thermal energy.

As for the fuel consumption, characterized by a continuous rise of the price, it is estimated an increased volatility in the context of an easily ascending trend (maximum 1%) due to the economic growth.

What do you consider should be the strategic approach of the Romanian state in terms of the heating of the population? Why do you recommend this/ these solution/s ?

The state should orient to a promotion strategy „of the lowest possible cost”. A large part of the beneficiaries of the centralized thermal energy supply system are socially assisted by subsidies, still the collection degree is extremely low, a fact that was felt in the value of the state companies debts in this sector. The strategic approach of the state is currently feasible politically, even if it’s not feasible from the economic point of view. Although the social current strategy is the most accessible for the population, this is not beneficial or sustainable on the average and long run.

Do you consider that the promotion of technologies for the production of energy with low greenhouse gas emissions should be done by a unitary system or by a system applied to each category?

The history of the promotion of these types of technologies requires the usage of a flexible methodology and of a personalized system to each technology or even energy production plants, in order to obtain beneficial results and to avoid the speculative investments. More promotion systems (green certificates, regulated tariffs, net metering, etc.) may lead to positive effects on the long run.

What you consider could be the coal role in the future Romanian energy mix ?

Romania has one of the more balanced energy mixes in Europe, although it’s „poor” from the point of view of energy resources. The coal available has an inferior quality, and plays an essential role in providing the energy security; it is estimated to meet the energy demand for 20-40 years.

VLER (FELP) accounts for the Programme „Future Energy Leaders in Romania”, initiated and coordinated by the Romanian National Committee of the World Energy Council and aligned to the Programme “Future Energy Leaders“ promoted by the World Energy Council (WEC) for the recruitment of the best energy professionals in the world, that could contribute to the world energy development and whose members are appointed by the National Committees of each WEC member country.