Acasă » Oil&Gas » Virgil Popescu: I categorically deny that there will be problems with gas in winter, someone is trying to raise the price with these rumors

Virgil Popescu: I categorically deny that there will be problems with gas in winter, someone is trying to raise the price with these rumors 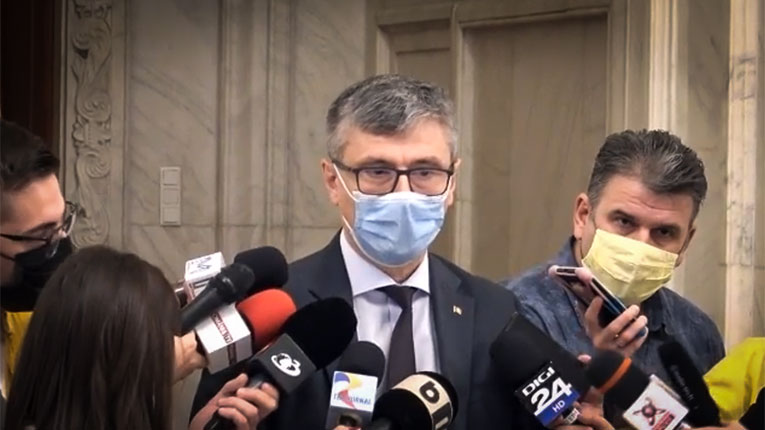 There is no risk regarding the gas supply in winter, this being just a rumor that appears periodically to increase the price of gas on the stock exchange, said on Wednesday, the appointed Minister of Energy, Virgil Popescu.

He was heard by the specialized committees of the parliament, where he received a favorable opinion.

When he left, Popescu was asked by journalists if there is a possibility that this winter we will have problems with the gas supply.

“No, it doesn’t exist, I said it before. There is a national emergency plan, it has been approved for a very long time, but I want to categorically refute these rumors, as was the case with the blackout, I see that it is resumed as a leitmotif, that there will be problems with the supply of natural gas. I can only see the interest of some in raising the price in the market, because it is a stock market and, like any stock market, it is sensitive. I saw a statement from the German regulator that it is postponing the approval of Nord Stream 2 and the prices have risen, I also see that someone is trying this in Romania,” Popescu answered, according to Agerpres.

The Minister was also asked when the norms for the application of the law on clearing and capping invoices will be published, as most suppliers postponed invoicing until the publication of these rules.

He pointed out that suppliers should not wait for the rules to issue invoices, as the rules only cover the settlement procedure.

“The operators do not send the invoices for October, and November will be invoiced at the beginning of December, I kept saying this, I had discussions with the operators, I explained to them that the rules go like this, I told them that we will make an evaluation at the beginning of January. They will have the norms, I hope that today the Minister will sign them and they will be published in the Official Gazette,” added Virgil Popescu.