Valentin Tătaru, ING: We anticipate a 6.6% contraction in GDP for the current year 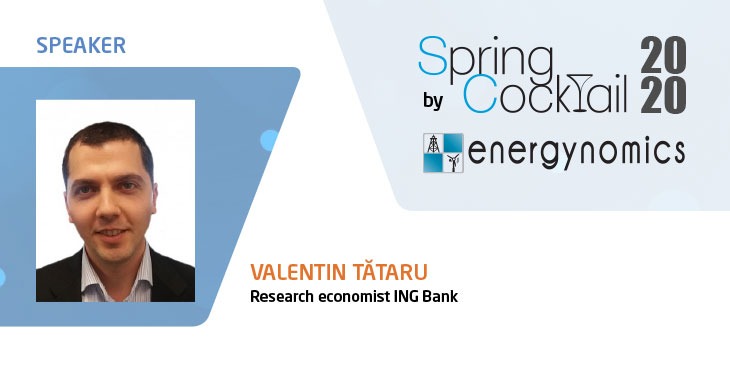 If in Italy the activity decreased to 58%, in France, to 65%, in Romania the economic activity is somewhere between 60-65%, says Valentin Tătaru, Research economist ING Bank.

“I initially hoped that we would have a V-shaped recession, with a weak second quarter, but with a return in the third one. In February I could not imagine that we could end not only the third quarter, but also this year and maybe next year with the economy below the level at the end of 2019. However, that’s pretty much the case – the V-shape is becoming more and more L-shaped, or maybe W-shaped, if we’re lucky. This will change the paradigm at the authorities level, but especially at the level of the consumer and on the socio-economic context in general. The danger of an outbreak of infection will return all the time, in the absence of a cheap, effective and widely available vaccine. We are approaching a point where we are thinking about how to reopen the economy.

I think it will be a mistake to think we will return to the coordinates we had two months ago. We are talking about a shock on the demand side, with consumers who will be more cautious, for a longer period, in parallel with a shock on the supply side, including due to disruption of supply chains. The companies will take into account the social distancing – probably an airline will have to fly with 50% of the regular number of passengers, a restaurant to serve their clients at only 50% of the tables. All these businesses will be affected, because they will not be able to serve the same number of customers. The prices for this services will have to rise, and customers will shift to alternatives”, he said.

Thus, changes in consumer behavior will cause other changes in the basic structure of the economy.

“I expect a GDP contraction of 6.6%. This year, however, it will be more complicated to make forecasts. We assumed an industry activity rate of 65% in Q2 and 85% in Q3, an agricultural year as good as last year, and trade at 75% in Q2 and 85% in Q3. There are sectors with higher falls, but with a lower share in GDP”, he explained at the Spring Cocktail 2020 online video conference organized by Energynomics.

The measures announced by the government are good, but insufficient to qualify as a fiscal stimulus. Technical unemployment is the only significant measure with a direct impact, the other measures, such as secured loans, have no immediate impact, as they do not constitute immediate liquidity injections.

“One aspect that needs more attention in relation to this relatively modest economic stimulus package is the fiscal deficit. And it will remain an essential topic for Romania this year and beyond. The problem remains the budget deficit, which I think will reach almost 8% of GDP”, added Tătaru.

“I anticipate a relative stability of the exchange rate, I see somewhere towards the end of the year a RON-EURO exchange rate of 4.88, possibly 4.9 lei for an euro. The depreciation of the leu is small compared to the countries of the region, which have suffered drops of even 5%. On interest rate I think there is still room to drop, I see ROBOR 3 months somewhere at 2% at the end of the year”, concluded Tătaru.

previousInvestor: Delaying the deadlines of the Casa Verde program is a positive step
nextBanks are increasingly moving towards the idea of sustainable financing