Acasă » Oil&Gas » Transportation » US wants Greece focus on TAP, not on Turkish Stream

US wants Greece focus on TAP, not on Turkish Stream 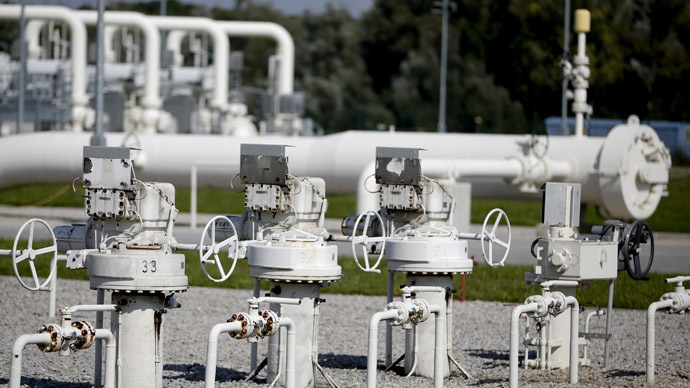 The United States wants Greece to focus on the Western-backed TAP pipeline project rather than the rival Gazprom-favoured project Turkish Stream, a US special envoy said.

Amos Hochstein, the US Special Envoy for Energy Affairs, told the New York Times on 8 May that his country was backing Greece to build the Trans-Adriatic Pipeline (TAP) that is set to bring gas from Azerbaijan by crossing through Turkey, Greece, Albania and under the Adriatic Sea to Italy, Euractiv.com reports.

The TAP project is a well-advanced project compared to Turkish Stream, the concept of which was launched only last December, when Russian President Vladimir Putin made it clear he was abandoning the idea of South Stream, a Gazprom-favoured gas pipeline project intended to bring Russian gas under the Black Sea to Bulgaria, Serbia, Hungary and Austria.

Instead, Turkish Stream will bring Russian gas to the European territory of Turkey, and then to the Greek border. From there, another Gazprom-financed planned pipeline tentatively called Tesla would move gas further across the territory of Greece to Macedonia, Serbia, Hungary and Austria.

Gazprom has announced that the laying of pipes under the Black Sea is about to begin and that the first gas via the new pipe will reach Turkey in December 2016. Reportedly, the Italian company Saipem would be put in charge of laying the pipes offshore.

Diversification is ultimately the best way to create security of supply

Hochstein, who spoke to the press after meeting with Greek Energy Minister Panagiotis Lafazanis, stressed that while Russia was a major gas supplier for Europe, it was important for Greece and Europe to ensure diverse suppliers.

“Diversification is ultimately the best way to create security of supply,” he said. “And that means that you should be allowed to bring in other sources of gas that are non-Russian, just to have competition.”

That would also reduce the chances of energy being used for political leverage, he said.

The government in Greece however sees both TAP and Turkish Stream as projects benefitting the diversification of energy supply, hoping that those projects will help the country to become a major international gas hub. The government in Athens also believes that building the Tesla would only benefit the economy.

previousTradeville: Oil comeback ousts the risk of a prolonged period of deflation in Romania
nextNuclearelectrica profit up 11% in Q1