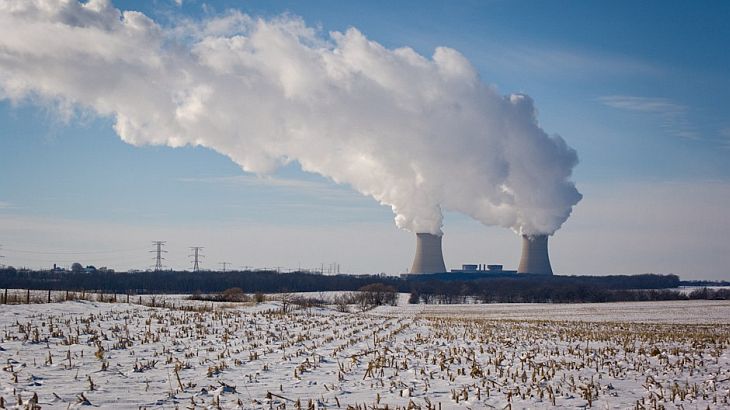 U.S. Energy Secretary Ernest Moniz announced last week that the Obama administration would extend a 6.5 billion dollars federal loan guarantee to cover part of the cost of building two new reactors at Southern Co.’s Alvin W. Vogtle site, in the state of Georgia. The reactors should come on line in 2017 and 2018. The loan is the first one of its kind in the last 30 years. The Administration says that an additional 1.8 billion dollars in guarantees could come soon.

Southern’s Georgia Power subsidiary owns 46% of the project. Balance sheets show that the company’s savings will range between 225 million dollars and 250 million dollars due to reductions in interest costs. The loan is starting to be criticized because it involves other exemptions and guarantees, like the federal production tax credit, all corporate incentives that is going to end in a subsidy scheme for the company. About this accusation, proponents of nuclear power say that the loan guarantee and production tax credits are not any different from what wind and solar projects get.

According to some American news platforms, the company stated it will pass along the savings in financing costs to Georgia electricity ratepayers. This is going to put the consumers on the defensive, some analysts asserted, because the clients are not supposed to pay for the construction of a unit but only for its product. By the way of design, the company said that once the units are in service, customers’ rates would rise between 6 and 8%, a timid try to sweeten the deal since the original projection showed a 12% increase.

The nuclear renaissance, that some expected to happen, isn’t exactly what they were hoping. This project alone will cost approximately 14 billion dollars, and will use 1,100-megawatt Westinghouse AP1000 nuclear reactors. Because of huge construction costs and public sensitivities regarding radioactivity, possible meltdowns, accidents or misconduct, Congress tried to boost the industry by including in the 2005 Energy Policy Act a 17.5 billion dollars program of nuclear loan guarantees. Even with this kind of cash, the law makers are now hoping that maybe three or four reactors might be built.

previousLungu, AFEER: The OTC launched on March 3, closer to western standards
nextGfK: CEZ, the most rapid operators, GdF Suez, appreciated for the quality of the response