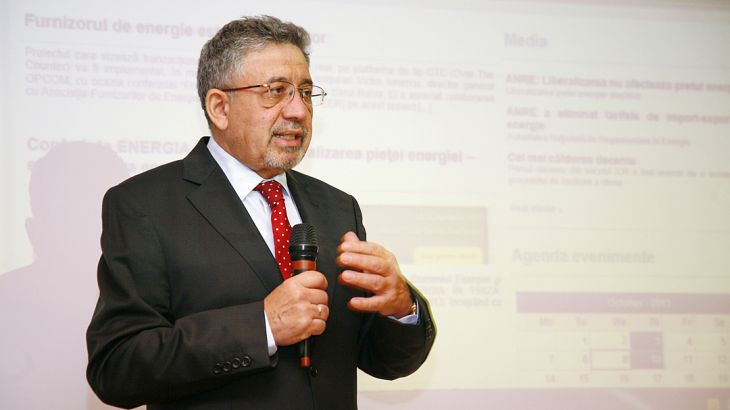 The centralized market with dual continuous negotiation PC OTC (over- the- counter) will become operational on March 3, 2014, says Ion Lungu, head of the Association of Electricity Suppliers of Romania (AFEER ). Until now, the main transactions took place on PCCB (centralized market of bilateral contracts).
“PCCB has been defined as a market rather for producers. It cannot send a price reference. Because of this, PCCB is not a standard market. OTC will be launched on March 3. The OTC is closer to the western standards, ” Lungu told energynomics.ro.

“The OTC contracts are standard contracts: band energy, in peak and off peak … contracts have a standard duration: one day, one week, one month, one quarter and one year. When you sign over the OTC a three-year contract, you actually have three annual contracts: a contract for this year and other two contracts. The contracts finalizing: here it ends immediately. On PCCB the whole process takes about 15 days, ” said Lungu.
Electricity trading (buying and selling) will be based on framework contracts agreed and signed between the participants and the elements of the transaction will be determined in real time within each daily trading session. The elements are: delivery profile (band, gap, peak) , the delivery period (1 day, a week, a month, a quarter, a semester and a year) and, of course, the price. Transactions will be anonymous, the trader knowing his counterpart only after clinching the deal. Meanwhile, all the transaction elements will be known to all participants thus respecting the principles of transparency and non-discrimination.

Centralized market with dual continuous negotiation OTC will become operational on March 3, 2014 , according to an OPCOM release.

“The Association of Electricity Suppliers of Romania (AFEER ) welcomes the OPCOM decision and looks forward to the launching of the trading in this market. We address, this way, the energy market participants in Romania, the invitation to join this new market , which we will grow together, “says Cristina Micu, a member of the Managing Committee of the Association, quoted by energy- center.ro.

Up to now, suppliers traded – successfully –important volumes on similar Trayport platforms, while the OTC deals or off -exchange trading could be concluded directly between two parties. Such platforms, used throughout Europe, facilitate the completion of transactions between eligible participants who have previously agreed contractual terms.
For the OTC platform were introduced additional requirements of transparency in addition to the European trading environments, such as the minimum number of four partners from eligibility list (which can be an obstacle for new entrants in the market), and instead of several types of standard contracts pre-agreed, a final EFET (European Federation of Energy Traders) contract form was adopted.

Moreover, the transparency requirement imposed an OPCOM check for all contracts, although it is not a common practice in similar European trading environments. “We hope that these deviations from the classical European model will not be able to affect the actual trading,” said the AFEER representative.
“We estimate that within about six months , the newly- developed market will help increase liquidity of transactions involving long-term standard instruments, offering the participants the purchase or sale of electricity produced, adapted to their needs and when necessary,” also said Micu.

The growth will be visible if the viewer mode is allowing registration and does not exclude registering on contract criterion and minimum number eligibility list,” added Micu. So, most of those enrolled will be in a position to follow market trends.

However, AFEER hopes Romania will soon have an electricity price reference on various profiles and periods. At the request of the civil society aggregate prices of all transactions will be published, to ensure total transparency.

previousOltenia Energy Complex could invest 2.5 billion lei for a 50% increase in coal production
nextUS backs nuclear reactors for the first time in more than 30 years