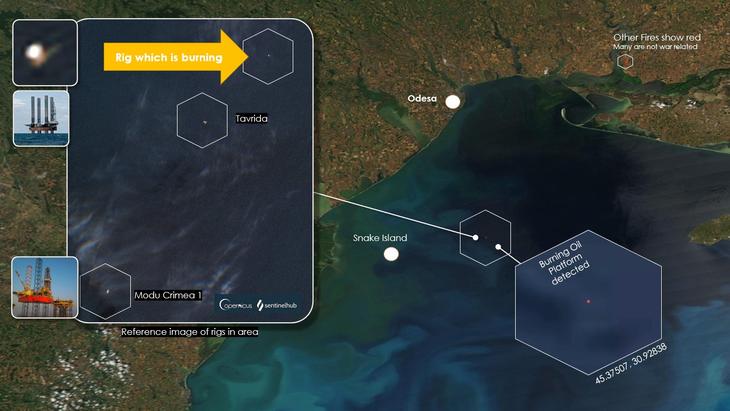 The Ukrainian army has hit with rockets two oil rigs off the Crimea, according to a pro-Russian official in the region. They belonged to Ukraine, but were confiscated by the Russians in 2014, the Ukrainians claim, according to timpul.md.

Ukraine has launched a rocket attack on the offshore oil rigs in the Black Sea off the annexed Crimean peninsula, a pro-Russian official was quoted as saying by Reuters. They are the drilling rigs of Cernomorneftegaz, the governor of the Crimea region stated in a post on Telegram.

According to Sergei Askionov, three people were injured and seven other workers are missing. The information was confirmed by both Ukrainian and Russian sources, even if Reuters could not verify the details independently.

The drilling rigs of Cernomorneftegaz, which were attacked by the Ukrainian army, are located in the Black Sea, in the area of ​​Snake Island, controlled by the Russians, said the deputy of the State Duma in the Crimean region, Mikhail Șeremet, quoted by RIA.

Russia seized drilling rigs 100 km from Odessa and 150 km from Crimea in 2014. They were also used to monitor the area, according to Unian. Now, Russia will no longer be able to produce gas in the Ukrainian Black Sea area, says Unian.