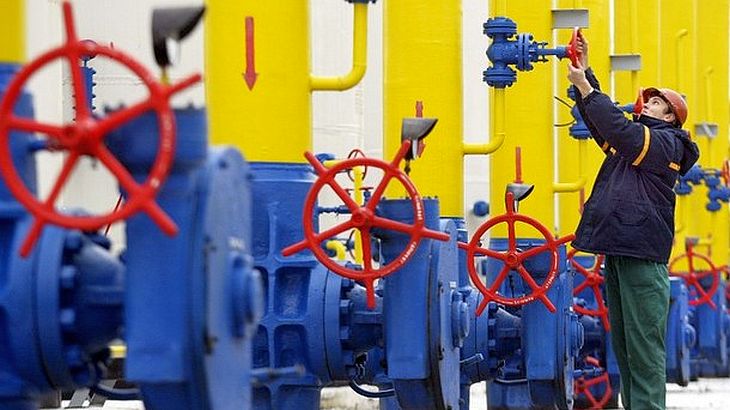 “I am confident that we will sign an agreement with our partners from Slovakia in September, and in October we hope to sign an agreement with Romania,” the official said in a press conference, cited by Interfax. He said that Russia cannot raise claims regarding the gas supply system backwards, from Europe to Ukraine.

Ukraine, a market of more than 50 billion cubic meters of gas

With a population of 45 million inhabitants, Ukraine’s economy is comparable to Romania’s: a GDP of 176 billion dollars in 2012, and 169 billion dollars for Romania, according to the same source: Trading Economics. Annual gas consumption was 54.8 billion cubic meters, down 7.6% from 2011. Ukraine imports about 60% of its gas from Russia, and Kiev authorities are trying to reduce this dependence.

One of the options is shale gas, for which has reached an agreement with Royal Dutch Shell. The deal is worth 10 billion dollars and is valid for a period of 50 years and promises production of 20 billion cubic meters in 2018, in the East. A similar agreement, which involves the US energy company Chevron, hit local opposition in Ivano-Frankivsk region, western Ukraine. 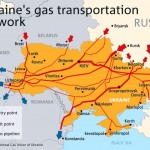 Currently, Ukraine acquires natural gas from the German company RWE, via Poland and Hungary. The company that operates the pipeline system in Ukraine, Ukrtransgaz, proposed to Slovakia to use one of the four pipeline between the two countries in the inverse system, which would allow Ukraine to buy a quantity of at least 10 billion cubic meters of natural gas on the spot markets in Europe via Slovakia.

Ukraine and Romania are discussing for years the possibility to work for the transfer of gas to the Ukrainian market. One option – according to Ukrainian expert Yuri Korolchuk – would be the purchase of gas on the European market and of Russian gas that is delivered at lower prices in Romania than in Ukraine. A second possibility for cooperation is the gas transit from southern Europe (Turkey, Greece), through Bulgaria and Romania to the Ukrainian market.

Gas trade could decrease prices for the Romanian consumers

From this perspective, the Ukrainian gas market is by far the most attractive market in the Eastern European, notes Dumitru Chisăliță, natural gas consultant. The market for energy products is based on turnovers, since the marginal profits are normally rather small.

The poor use of transmission and distribution networks of gas makes the tariffs applied – reflected in the price to the end user – be excessively high compared to the cost of raw materials, domestic or imported. Therefore, proximity to Ukraine can become a great opportunity for Romania.

With the encouragement of trade in natural gas, the optimal use of transport networks could lead to reduced tariff pressure by two thirds (tariffs for transport, distribution, underground storage). These fees contribute with about 25% to the final price charged to the consumer.

Romania can become a major supplier of natural gas to Ukraine

In addition to transmission capacity necessary Romania has the technical capabilities of interconnection. Currently, these allow the transit of about 27 billion cubic meters, of which about 12 billion is annual use. Once the strategic decision is taken – to stimulate cross-border gas trade – the financial analyses might determine the investment needs and duration of work until Romania becomes a major supplier of natural gas to Ukraine, putting to work existing assets and reducing risks in supply, at lower costs for the domestic market.

Dumitru Chisăliță stresses, on the other hand, the risk of default with which the gas suppliers from Russian Federation have already encountered.

Russia provides about a quarter of the EU’s natural gas, most of the supplies transiting Ukraine. Disputes between Kiev and Moscow on gas prices and freight rates affected several times the deliveries of Russian gas to Ukraine. In early 2009, Russian gas exports to Europe were interrupted for three weeks because of disagreements between Russia and Ukraine.