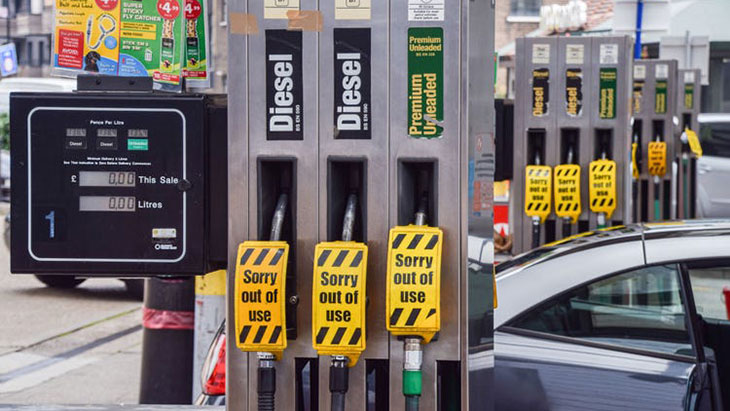 Britain could bring in the army to deliver gasoline after a weekend of panic buying left gas stations around the country without fuel.

Long queues of cars were have been seen outside U.K. gas stations in recent days, as drivers attempted to fill their vehicles following media reports of an impending shortage, CNBC reports.

A major lack of truck drivers has meant deliveries of fuel and goods have recently fallen short in Britain.

Prime Minister Boris Johnson is said to be considering using military personnel to deliver fuel to gas stations, according to British media reports.

Business Minister Kwasi Kwarteng said on Sunday that he had exempted the fuel industry from U.K. competition laws, which he said would allow companies to “share information and prioritize the delivery of fuel to areas most in need.”

Meanwhile, thousands of truck drivers are set to be granted temporary U.K. visas in the run-up to Christmas, in an attempt to limit supply disruption ahead of the festive period.