Acasă » Electricity » Transport » Transelectrica: Investments of over 270 million lei in consolidating the network in the area of Moldova

Transelectrica: Investments of over 270 million lei in consolidating the network in the area of Moldova 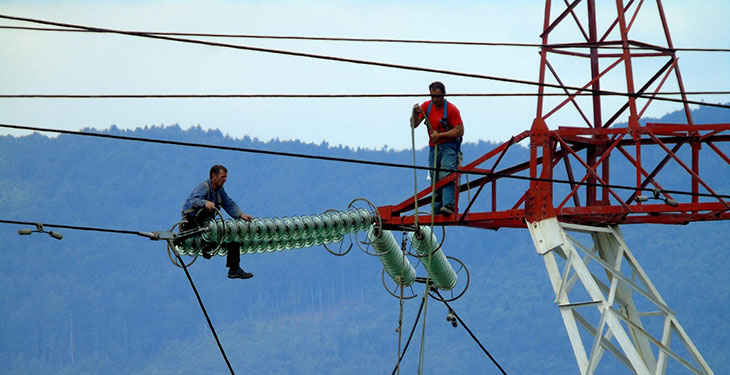 In the context of the energy transition and the integration in the National Electric Power System of energy produced from renewable sources, CNTEE Transelectrica SA is completing massive investments to strengthen the Electric Transport Network and adapt it to achieve European objectives, the company announced.

An important axis of this investment strategy is the strengthening of the energy infrastructure in the area of Moldova, which contributes to the evacuation of renewable energy from Dobrogea. Currently, in this part of the country, important stations are in the process of modernization and refurbishment, such as: Stâlpu, Focșani Vest, Smârdan, Munteni, Bacău Sud and Roman Nord, investments totaling over 270 million lei.

“The electricity transmission system plays a key role in the transition to a clean, low-carbon economy. Our development plans are aligned and in line with the state objectives assumed by Romania at European level in this regard,” says Cătălin Nițu, President of CNTEE Transelectrica SA, after a field visit to verify the status of works carried out in the stations Stâlpu, Focșani Vest, Smârdan and Munteni.

The modernization and refurbishment of the stations in the Moldova area is coordinated with projects for the construction of new high voltage overhead power lines, such as OHL 400 kV Cernavoda – Stâlpu, a project with a European co-financing of over 27 million euros, and OHL 400 kV Gutinaș – Smârdan, an investment with European financing through POIM of over 33 million euros that will secure the supply of the Moldova area by increasing the energy transmission capacity from Dobrogea.

The investment objective “400 kV Stâlpu Electric Station” is part of the “Internal Line between Cernavoda and Stâlpu” cluster and includes the construction of a new 400 kV substation which will ensure the connection of the 400 kV Cernavoda-Stâlpu Overhead Power Line (OHL). The works carried out in Stâlpu Station have a value of over 58 million lei, and will be completed next year.

At the same time, the Smârdan 400/110/20 kV substation will ensure the connection of the new 400 kV overhead power line between Gutinaș and Smârdan. The refurbishment project has a value of over 107 million lei and is to be completed during 2024.

At the same time, the modernization of Bacău Sud and Roman Nord Stations, an investment of over 38 million lei that will be finalized this year, completes the major project of the 400 kV Axis Moldova.

Another important work for increasing the security of supply for consumers in the southern part of Moldova, which has a contractual deadline to complete the second part of this year, is the modernization of Focșani Vest Station, an investment of over 22 million lei. Also this year, the refurbishment works of Munteni Station will be completed, an investment of over 45 million lei that will contribute to creating the conditions for access to the electricity transmission network of both new renewable energy producers, as well as new large consumers in the area of central Moldova.