Acasă » Electricity » The Power Companies Will Install Over 100,000 Smart-Meters Units This Year

The Power Companies Will Install Over 100,000 Smart-Meters Units This Year 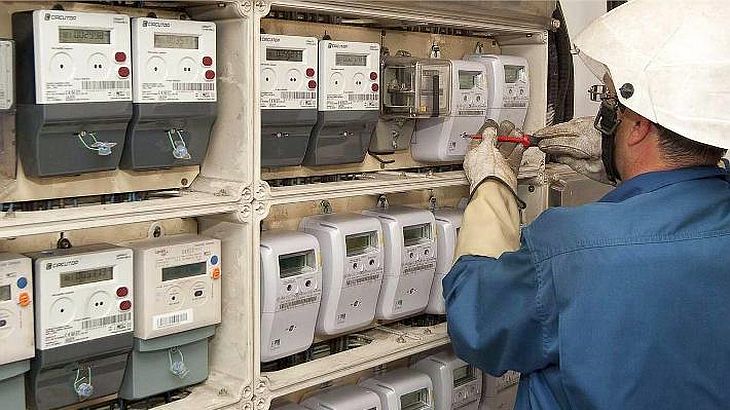 Installing smart meters is part of a discrete revolution already on the run in Romania. All electricity distributors run pilot projects to assess the effectiveness of those intelligent measuring instruments, and by the end of the year at least one hundred thousand more units will be installed into their Romanian customers’ homes.
Beneficiaries of these operations will be exactly the distribution companies that will have real-time information and more accurate details about the consumers’ habits, and any network or technical failures, as well as about load peaks and gaps at any time. The users will also be able empowered to use more data about their own consumption, allowing them to autoregulate. In the medium and long term, the smart-metering will increase competition by simplifying the transfer process of one client from one distributor to another.

E.ON Moldova Distribution installed about 14,300 smart-meters during 2012, as part of the implementation of the “smart-grid program”. By the end of 2015 the utility has announced its intentions to install a total of 226,000 smart-meters within an investment program of € 30 million dedicated to the development of such networks.
The program is projected to end in 2020, ahen 80% of the 1.4 million customers of E.ON Moldova Distribution shall be in possession of the new counters. At this point, the new counters are replacing the old or broken meters, and there are no other criteria established for chosing who gets the new device. 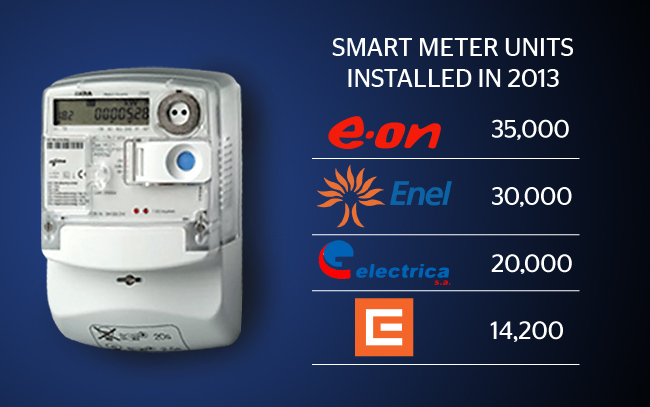 The state-own company also started to install such counters, and it reached the 30,000 units level. “These are pilot projects to be completed by 2014, in order to analyse their effectiveness,” said Ioan Rosca, Electrica’s General Manager to EvZ.
One of the main advantages for the clients is that households will pay bills based on their real consumption, and not on an estimated volume, Roșca said.

By the end of the year, Enel plans to have 30,000 smart meters installed in Romania, mostly in Bucharest. Project Implementation Plan submitted by the smart grid program director of Enel Emil Constantinescu shows that these devices will begin to be widely introduced from 2015, and the project to be completed by 2022.
Enel is the second largest electricity distributor in Romania, with 2.7 million customers, or about 30% of the market. In 2005, Enel acquired three subsidiaries for distribution and supply in Muntenia Sud, Banat and Dobrogea. In Italy and Spain, Enel is the market leader, managing approximately 45 million points of connection.

E.ON Moldova Distribution will chose its smart metering platform provider after an auction conducted on the basis of the specifications set by ANRE. The smart meters will allow a real time consumption and operating parameters of the network monitoring by automatically sending this information to distributors, the representatives of E.ON Moldova Distribution told energynomics.ro.
According to the company, the client can better manage its consumption, and thus the invoice amount. Additionally, the client will be able to use the optimal billing schemmes. At the same time, billing errors caused by reading errors will be completely eliminated. Besides, the real-time monitoring of network parameters enables the company with a rapid identification of potential malfunctions and shortens the intervention time.
CEZ Distribution says the pilot projects are already offering multiple analysis opportunities for the customer and the company to benefit. “Through these pilot projects we consider not only the technical feasibility of the smart metering solution and the customer’s benefits from the new system, but we also deepen the analysis into the field of data protection in the remote reading system and inland communication”, the company’s representatives told us.