Acasă » Oil&Gas » Consumers » The Government introduces a tax of 0,07 euros in the price of fuel

The Government introduces a tax of 0,07 euros in the price of fuel 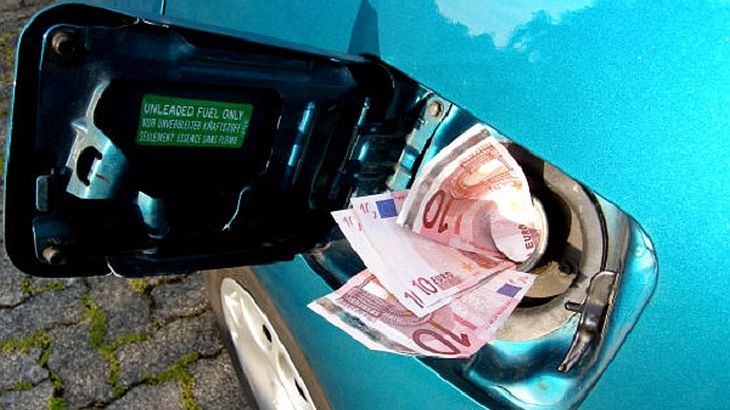 The government agreed with the IMF to implement a new excise of 7 cents per liter applied to fuel price,  intended to raise money for a fund to finance the development of roads and highways. Excise will be included in the tax base of VAT, while excise duty calculation will change from an exchange rate base to an inflation base , starting next year. Also new tax on special constructions and power infrastructure was instated.

Thus , fuel could be considerably more expensive , by about 7%. At this point it is not clear whether the tax would be applied only car owned by individuals, or also to the commercial sector .

A surcharge of 0.40 lei per liter means 65 euro per year for each Romanian

One liter of fuel will cost at least 6.4 lei from 6 lei most pumps currently post in Bucharest. Adding the 7 cents  plus VAT leads to an increase of approximately 0.38 lei, which, with inflation of 2.2 % targeted by the central bank this year , climbing to nearly 0.39 lei the real cost of the new price surge.

It is unknown , however , how much it will change the calculation of basic excise duty , which will no longer be linked to the leu – euro exchange rate , but to inflation. Without this formula is impossible to calculate the effect on the economy , but considering the fact that a tank of 60 liters of fuel will cost Romanian monthly, on average,  24 lei more, it comes to an annual additional cost of approximately 65 euro .
Without taking into account that fuel taxes are reflected in all commodities  and inflation. But according to Governor Mugur Isărescu , the impact on inflation of the new fees will not exceed 0.2%.

Increasing excise taxes on fuel will affect living standards, people abandoning car use , and will not lead to an increase in inflation, said Florin Pogonaru , president of the Association of Businessmen in Romania (AOAR), noting that the measures announced by the Government took him by surprise.
“People will not use their cars. I do not believe that in a society that currently still has problems of crisis, unused production capacity , so there is on the other hand very strong deflationary impulse, that we`ll see a significant inflation , “said Pogonaru .
He noted that next year could bring in inflationary pressures since it is an election year, but not because of rising fuel price.
“This will affect unfortunately the standard of living of ordinary citizens,” added Pogonaru.
“I am surprised by the charging of electricity pylons . Transelectrica will overcharge the consumer? Suddenly they threw on the table a very broad issue, unaddressed to businesses . Nobody talked to us about new taxes ,” said Pogonaru.

In turn, President Traian Băsescu said that he sees the creation of new taxes that would feed the budget, and thus reach again the situation where ” the fat man – state climbs behind the weak man – economy . ”
“I notice a change in domestic politics . I remember the deep crisis year 2010 with very tough measures taken not to put anything behind SMEs. Now I notice a change in this ratio and I think is wrong : it goes back to the invention of taxes, to bring money to the budget to feed the budget system . I say it a a very seriously I signal and I say with no reserves that it is wrong, ” the president said.