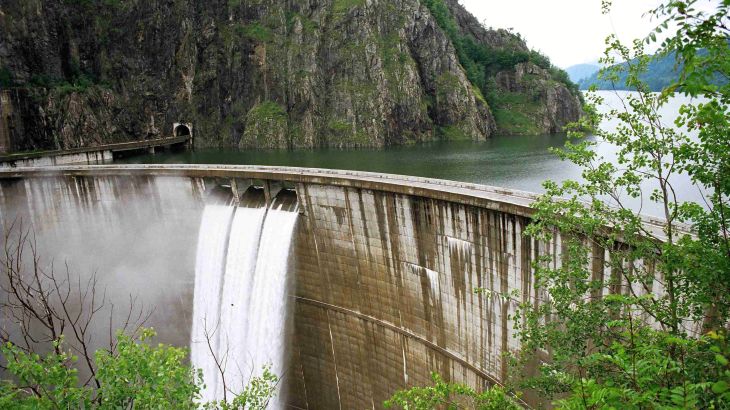 After IMF negotiations, just the privatization plan of Hidroelectrica remained unchanged. The Government says that Hidroelectrica will be 15% sold, instead of 10%, as initially provided, while CFR Marfă will be restructured and will be sold by half of 2015 and Oltchim selloff will be postponed, announced prime minister Victor Ponta and the minster of Finance, Daniel Chițoiu, at the end of debates with the IMF.

The government assumed in the draft intention letter to the IMF to sell by May-June 2014 Hidroelectrica, Complexul Energetic Oltenia and, possibly, the last energy supplier still owned by state, Electrica.

Hidroelectrica, 15%, with a double retail bracket

Following the Romgaz success, where the offer was oversubscribed by about 18 times by small investors, Lucian Anghel, president of Bucharest Stock Exchange (BVB), said that two tranches for retail investors will be created, and a third for institutional investors.

At the same time, considering the large appetite of foreign investors for global depository receipts, GDRs, listed at the London Stock Exchange, it is possible that Hidroelectrica will also be listed at both the exchanges, in Bucharest and London.

Meanwhile, Chițoiu said that Hidroelectrica will have a new management, a professional one, by the end of November.

Government will issue a new strategy for privatizing CFR Marfă, that will be approved by the National Supreme Defence Council (CSAT), said  Chiţoiu. His statement comes just three weeks after Victor Ponta`s, who said the new privatization will not see CFR “blocked” by CSAT.

Asked,  at the end of the discussions with the IMF, if the government will change the strategy for selling CFR Marfă, minister Chiţoiu said that currently a new privatization strategy is being issued, that will have to get CSAT’s approval.

Chiţoiu also said that the government, and not the Presidential Administration, will be in charge of issuing the new strategy.

Analists say that the previous attempt to privatize CFR was an impossible privatization, „with a predictible end”: although the official explanation of the failure was based on financiers refusal to be part of the deal, some analysts say that the entire process was wrongly done, and therefore, the „political will”pro-privatization was withdrawn.

Officially, the sell of 51% shares of CFR Marfă to GFR (Grupul Feroviar Român), company hold by Gruia Stoica, could’t be finalized by its deadline of October 14, because some of the banks refused to approve the change in shareholder structure of CFR, and the Competition Council didn’t have enough time to decide upon the deal.

According to sources quoted by Hotnews, the government will give up selling Oltchim for now, in spite of the recent statements made by the minister of Economy, Andrei Gerea.

About a week ago, Gerea said that there are three international consortiae interested in taking over Oltchim, while the campaign to lure in investors was supposed to be carried out also through Romanian embassies abroad. Also, Gerea said that talks with the Arpechim refinery owner, OMV Petrom, will be held, the former supplier of Oltchim being closed and almost to be dissinvested by owner, and may be sold through the same deal.

„Oltchim`s privatization will also be bound with Petrochemical Divission Bradu”, also said Gerea. Minister also said that the selloff will be hurried if no financing for Oltchim will be found for its work capital, so the sale will be planned in February 2014, as opposed to the context which Oltchim will find finance, and the privatization will be completed in June 2014.

„Last week I had the pleasant surprise to see there’s a real inetrest for this mill, there are intention and interest letters received, I wouldn’t want to list them now, because we had a lot of famous names and committmetnts taken from one week to another and they did not accomplish due to objective reasons”, Gerea said.

The state owns, via Ministry of Economy, about 54.7% of Oltchim shares and failed in its trial to privatize the chemical plant, which went insolvent this January.

The other significant shareholders are the Polish private equity fund PCC, with 18.2% of shares, and Polyolt Cyprus, with 14.03%. Other smaller shareholders own 12%.

CE Oltenia, possibly be privatized in 2014

According to sources, CE Oltenia may enter the state`s sales list in 2014, but its sell off will not constitute a top priority for the government.

CE Oltenia, established in 2012 by merging heating centrals and coal mines, wants to obtain next year 400 million euro by launching an IPO for 15% of shares at BVB, the money being needed to finance part of 1.2 billion euro of investment.

The company pruduces about 18 TWh of electricity annually, a level close to that of Nuclearelectrica`s, and has a marketshare of 30% of the overall electricity produced in Romania.

It is a fusion between National Company for Lignite Oltenia and the energy plants in Turceni, Rovinari and Craiova. CE Oltenia has 12 energy blocks, with an installed power of 3,570 MW. The state holds 77% shares, while Fondul Proprietatea owns 21.5%.

previousThe Government introduces a tax of 0,07 euros in the price of fuel
nextLudwik Sobolewski (BSE): GDR buyers in Romgaz IPO should be convinced to convert the global certificates in shares