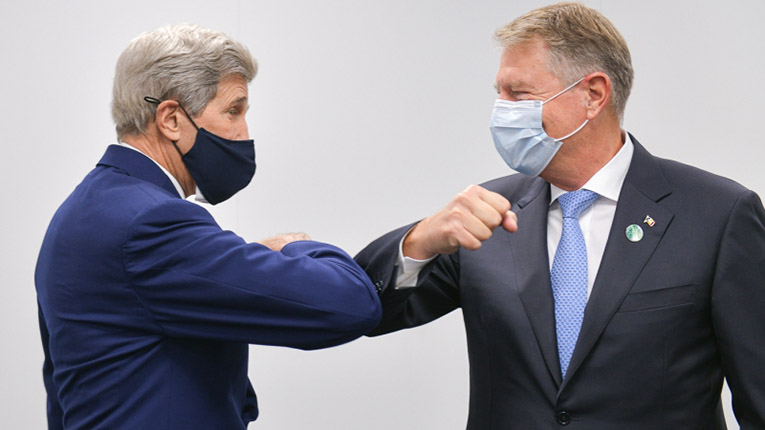 US President’s Special Representative on Climate Affairs John Kerry and Romanian President Klaus Iohannis have announced Romania’s intention to build the first small American modular reactor (SMR), and this visionary initial step by Romania will give a significant boost to the reduction of carbon emissions in Europe, according to a statement from the US State Department, sent on Tuesday evening by the United States Embassy in Bucharest. Thus, the US will help Romania build 12 small reactors that will replace coal-fired power plants, ensuring energy security.

The new agreement is harshly criticized by environmental organizations, with Greenpeace activists claiming that “Romania would become a guinea pig for insufficiently tested nuclear technologies.”

Yet, during discussions on taxonomy, many European countries want to tip the green balance towards nuclear, which does not emit CO2.

“By being the first to use this innovative, environmentally friendly technology of American origin, Romania is taking a step forward – but also a huge technological leap – to promote climate measures and access to clean energy in a key area of Europe and in the world. This multi-billion dollar effort highlights American ingenuity, creates thousands of jobs in both countries, strengthens Europe’s energy security, supports the highest standards of safety, security and nuclear non-proliferation, and, most importantly, counteracts the climate crisis by using clean energy,” the statement says.

The quoted source emphasizes that SMR reactors involve low costs, scalability and flexibility and are easy to integrate with other clean energy sources. They can be located according to the specific needs of the national energy network and there is the possibility to increase their capacity as dictated by demand. In addition to energy production, SMR reactors can also play a key role in decarbonising sectors where carbon emissions are difficult to reduce. They can be used for the production of hydrogen, thermal energy used in industrial processes and desalinated water to meet decarbonization quotas, air quality standards and clean water needs.

“Considering the 30 coal-fired power plants in the region, of which seven in Romania, SMR reactors are ideal to replace these basic energy production units and to create jobs for the same employees. We enjoy this partnership with Romania, through which we promote emerging clean technologies “, it is also shown in the release.

According to NuScale, the cost could be $3.5 billion per gigawatt of energy. The United States government has invested more than $450 million in the development and licensing of NuScale.