Acasă » Oil&Gas » Stoica: More than 75% of the companies that trade gas at BRM have suspended their activity or are planning to

Stoica: More than 75% of the companies that trade gas at BRM have suspended their activity or are planning to 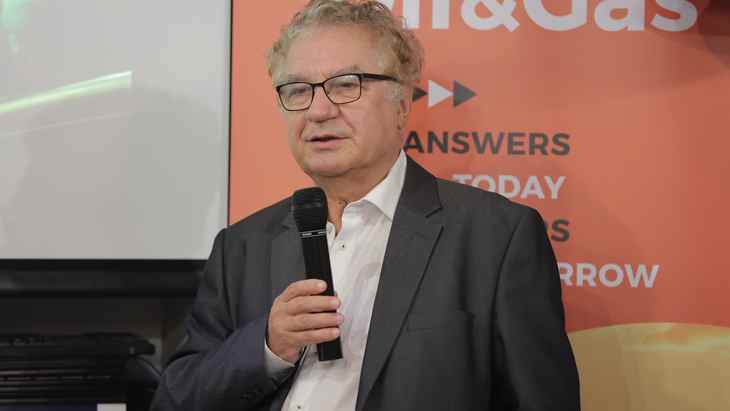 More than 75% of the companies that trade natural gas on the Romanian Commodity Exchange (BRM) have either suspended their activity, or withdrawn from their activity or are about to do so, warned Septimiu Stoica, BRM president, at the conference “O&G – answers for today, answers for tomorrow”, organized by Energynomics.

“The number of participants decreased by more than 75%. Many have not only suspended their activity, but have retired or are about to do so, and that is not at all encouraging. The retail markets are almost blocked, with dramatic consequences for the public authorities as well, who can no longer find offers and then have to resort to suppliers of last resort”, said Stoica.

In recent months, there has been an increase in gas transactions on the spot market, and this situation reflects not only high volatility, but also great anxiety.

“Transactions have moved to this market also because there is great uncertainty about the future. This mistrust does not exist only among buyers, because they do not set the tone in this regard, but among sellers,” added Stoica.

He stated that BRM has been trying for over 20 years to introduce the possibility of concluding derivative contracts, which would allow market participants to protect themselves against price volatility through hedging operations, but the authorities have evoked the possibility of banning this type of transactions.

“It’s crazy. It’s like banning lion hunting in Romania. But that’s what happens when those to dictate for others are people who do not understand what they are supposed to regulate,” said Stoica.

At the same time, the current situation in the energy market is a consequence not only of the difficult period that everyone is going through, but also of some erroneous political decisions.

“There are series of consequences, some caused by the difficult period we are going through, but others are caused by the fact that the industry is dominated recently by considerations and decisions of a political nature, and not economic. Some interventions appear to be the effect of panic and are risky. We are witnessing a scorched landscape, unfit for industry. We proposed solutions that come from market experience, but unfortunately we did not feel that these solutions would be retained”, added Stoica.

According to Stoica, returning to a regulated market, as is being demanded by more and more voices, would be a mistake. Last but not least, not every idea coming from Brussels is necessarily a new directive, although Romania is quick to turn any suggestion into law.

“The dramatic plea for a return to bilateral markets and the abandonment of market transactions would be a big mistake, even if it seems tempting to some of the local traders. Much that comes from the EU is advice or recommendations, but we are one of the few countries that immediately turn them into rules; for example this 15% (EU recommendation to reduce energy consumption – e.n.), which started as a recommendation, but which suddenly turned into a machete”, said Stoica.

“O&G – answers for today, answers for tomorrow” conference was organized by Energynomics, with the support of its partners: ACE Industrial Software, Romgaz, Schneider Electric.