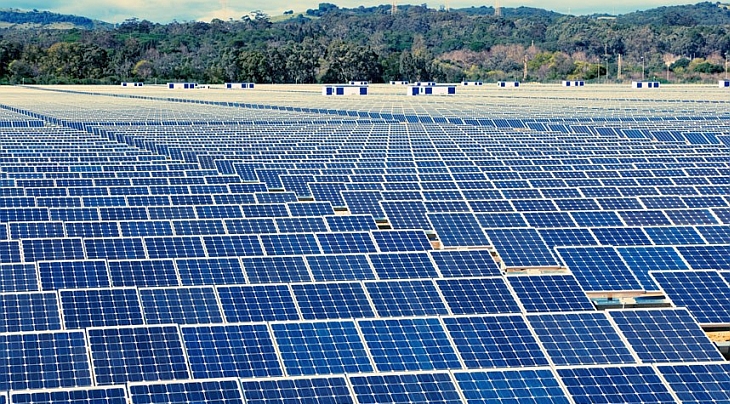 Solar energy’s time in the sun may be at hand. Prices have fallen so low that, in some countries, electricity from the sun can be far cheaper than that generated by fossil fuels, according to Reuters.

According Deutsche Bank’s recent bullish report on solar power, unsubsidized rooftop solar power costs $0.08 – $0.13 per kilowatthour (kWh) globally, which can be as much as 40 percent below retail electricity prices. As this Reuters graphic shows, Australia’s rate for solar power is $0.15/kWh, less than one-third of electricity’s average price there, making the country an example in grid parity.

Meanwhile, in oil-rich countries like Saudi Arabia and the United Arab Emirates, solar is still more expensive than the overall electricity price.

In the United States, the levelized cost of solar energy is $0.17 per kWh, a penny cheaper than electricity’s average price. But solar sees just a faint shadow of the popularity that other power sources enjoy, with solar projects adding up to less than one half of one percent of the megawatthours generated in the U.S.

But proponents of solar energy have reason for optimism according to that Deutsche Bank report. “In markets heavily dependent on coal for electricity generation, the ratio of coal based wholesale electricity to solar electricity cost was 7:1 four years ago. This ratio is now less than 2:1 and could likely approach 1:1 over the next 12-18 months.”