Acasă » Electricity » Silvia Vlăsceanu (HENRO): We want to be a partner for dialogue

Silvia Vlăsceanu (HENRO): We want to be a partner for dialogue 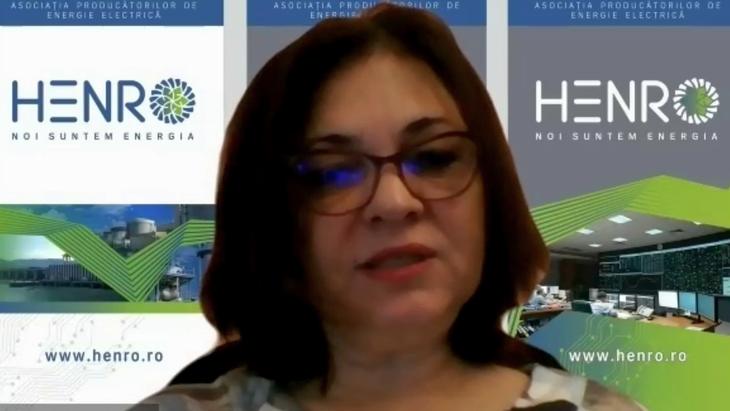 The national energy strategy is still necessary, believes Silvia Vlăsceanu, executive director of HENRO, the association of electricity producers launched this year. In order to solve or mitigate the problems related to the energy sector, a close collaboration of all parties involved is needed, through dialogue and joint actions, said the Executive Director of HENRO, at EnergynomicsTalks.

HENRO brings together three companies with as the state as the main shareholder – Hidroelectrica, Nuclearelectrica and Romgaz, responsible for about 50% of the annual electricity production in Romania. “We want to be a dialogue partner in the processes of drafting legislation and strategic documents in the energy field,” said Silvia Vlăsceanu.

The changes in legislation imposed by the European Directives introduce new notions, such as the Citizen Energy Community. “This introduces the right of citizens to own power production, distribution and supply capacities. Cities should try to have their own energy capacities, which would change the structure and configuration of the national electro-energy system”, said Silvia Vlăsceanu. Conceived and put into operation a hundred years ago, the Romanian energy system must be reconfigured to respond to new consumption, new market and new technological realities. For example, “household consumers are mainly connected to low voltage, which increases network losses”. These are issues that can be rethought without incurring massive damage to the existing system, considers Silvia Vlăsceanu.

Beyond involvement in the modernization of relevant legislation from the perspective of its members, including environmental legislation and the principles of public procurement, HENRO aims to get involved in the area of education and training. “For the founding members of HENRO, the average age of employees is over 50 years. These are professions and trades that are no longer attractive for young people”, said Silvia Vlăsceanu.

Coming to the recent context of the Romanian electricity market, Silvia Vlăsceanu drew attention to an unnatural phenomenon: “The fact that the share of the Day-Ahead market reached 40-50% is completely abnormal! […] In 2020, about 30 TWh in long-term offers launched by producers did not find buyers – about half of Romania’s consumption! -, when the prices were below 300 lei per MWh”. It is in the interest of large producers to sell mainly on the long-term markets, Silvia Vlăsceanu pointed out.

EnergynomicsTalks is an editorial product launched by the Energynomics communication platform to encourage the continuation of the professional dialogue in the Romanian energy community in 2020, since the beginning of the restrictions imposed by the Covid-19 pandemic.

EnergynomicsTalks is an editorial product launched by the Energynomics communication platform to encourage the continuation of the professional dialogue in the Romanian energy community in 2020, since the beginning of the restrictions periods imposed by Covid-19 pandemics.