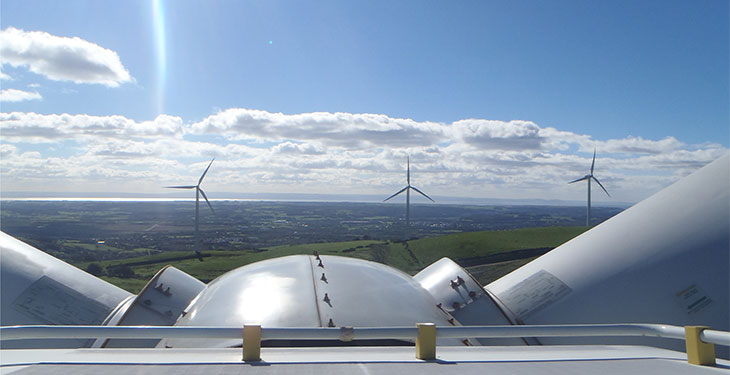 The two representative associations of the renewable industry in Romania, RWEA and PATRES, addressed an open letter requesting President Klaus Iohannis to refuse to approve the land law and to send it for re-examination in Parliament, according to e-nergia.ro.

The industry is thus trying, on the last hundred meters, given that the referral to the Constitutional Court was not successful, to prevent the entry into force of the new law on agricultural land, which would block virtually any investment in renewables and more. In addition, the attraction of European funds of more than 10 billion euro, with an impact on energy security and economic competitiveness, is endangered, as industry representatives have repeatedly pointed out.

”RWEA and PATRES … took note with surprise of the decision of the Constitutional Court of Romania to declare constitutional the Draft Law (PL-x 336/2018) for the amendment and completion of Law no. 17/2014 on some measures to regulate the sale -purchase of agricultural lands located outside the built-up area …

In this context, we would like to express our concern especially about the content of the text of the law, which risks affecting the activity of investors in the renewable industry, as they are unable to purchase or secure in any other legal way land located out of town for the development of energy projects,” the letter states.

“In this regard, we would like to recall that in the meeting of September 19, 2018, the Romanian Government expressed its concern about the flaws of constitutionality and legislative technique of the text of Bill PL-x 336/2018, stating that supports the legislative initiative subject to the correction of these flaws.

Subsequently, in the meeting of March 26, 2020, the Government of Romania unequivocally expressed its point of view, stating that it does not support the legislative initiative …
Therefore, the purpose of this address is to signal to you the negative consequences that the entry into force of this law could have on the activity of companies in the renewable energy industry,” the signatories claim.

“Thus, the activity of investors in the renewable industry will be severely disrupted by the entry into force of the law, as they are unable to purchase or secure in any other legal way land located outside the city in order to develop energy projects.

Also, the application of the law will determine a reluctance form investors, or even making it impossible to invest in new renewable energy production capacities in the investment year 2020-2030, the consequence being Romania’s non-compliance with the targets assumed with the European Institutions.”

previousUnit 1 of Cernavoda NPP, resynchronized to the National Energy System
nextAFEER calls for the elimination of provisions opposing to Regulation 943 from the Energy Law