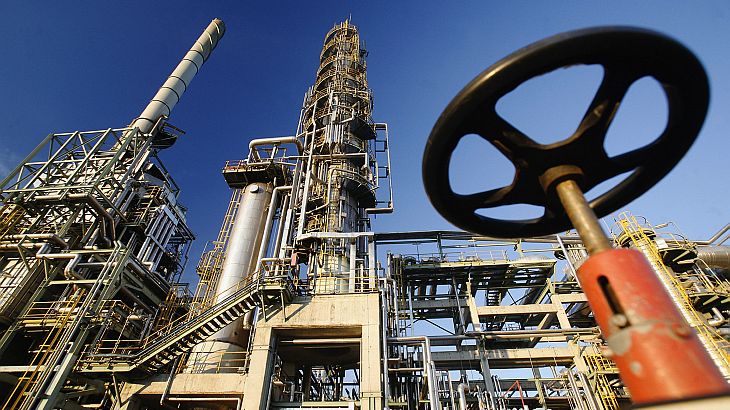 The sale values Dea at about 5.1 billion euros ($7.1 billion), including debt, Germany’s largest power generator said in a statement yesterday. The deal is the first for LetterOne, the group set up by Fridman and co-investor German Khan last year to invest part of $14 billion they gained from selling a stake in the Moscow-based TNK-BP oil venture.

The agreement helps Fridman and Khan move their energy investment abroad as RWE, which reported its first full-year loss since the foundation of the Federal Republic of Germany in 1949, looks to raise cash from asset sales.

LetterOne has earmarked as much as $10 billion for investment in the global oil and gas business over the next five years and attracted a number of high-profile energy executives to its advisory board, including former BP Plc (BP/) Chief Executive Officer John Browne and Anadarko Petroleum Corp.’s Jim Hackett.

The transaction must still win final approval from RWE’s supervisory board and regulators in several countries, the utility said. Dea pumps oil and gas in the U.K., Germany and Norway and is “no longer” of strategic importance, RWE Chief Executive Officer Peter Terium said in April last year.

Germany’s slumping power prices led to billions of euros in writedowns for RWE, which like other European utilities, is selling assets to reduce debt. RWE’s closest rival EON SE has sold about 20 billion euros of assets.

The sale concludes a quest to sell energy assets that took more than two years. An earlier plan to sell Dea assets in Egypt stalled amid the political turmoil that followed the ouster of former president Hosni Mubarak, people familiar with the matter said at the time.

RWE had sought to raise as much as 5 billion euros from selling Dea, a person familiar with the matter said last year.

Fridman, with a fortune estimated by Bloomberg at $14.5 billion, ranking him at No. 65 globally, pooled more than $29 billion of assets in Luxembourg-based LetterOne last year, including his investments in Russian carrier VimpelCom Ltd. and Turkey’s biggest mobile-phone operator Turkcell Iletisim Hizmetleri AS.

The Russian billionaire co-founded one of Russia’s biggest private consortiums, Alfa Group, in 1989. Rising from scalping theater tickets as a student, Fridman led Alfa’s growth into an empire that now spans banks in at least four countries, asset management, an insurance company, and food retail.

After a decade of jointly developing Russian oil producer TNK-BP with the U.K.’s BP Plc, Fridman, Khan and other partners sold the company to Russian state-run OAO Rosneft (ROSN) in a $55 billion deal. The purchase made Rosneft the world’s largest traded oil producer by volume.

Putin, who was elected as Russia’s president in 2012 for a third time after serving as prime minister in the previous five years, has clashed with the U.S. and the European Union over the political upheaval in Ukraine.

previousPDL lay down in Parliament a simple motion on energy
nextRomanian district heating – seeking for investors or losing consumers?