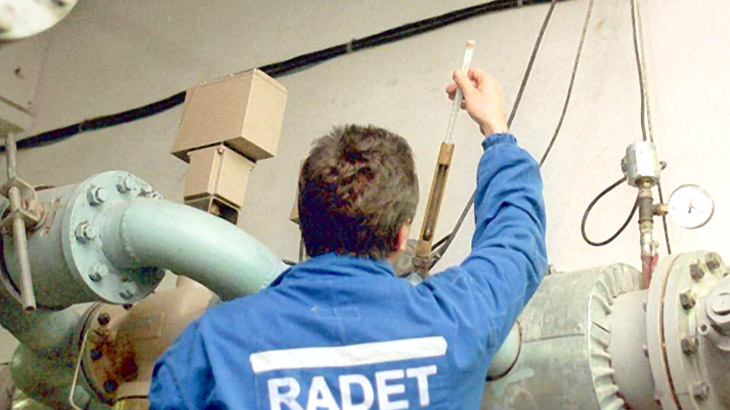 The 2013-2014 winter season ended and another half apparently quiet for the national thermal energy sector followed. The experts hope that the role and importance of this sector in the future energy strategy of Romania to be to the extent of the problems to be addressed. It seems to be an almost impossible mission, briefly described in this double objective: the district heating must attract for itself not only investors but also consumers.

“We have a problem at the organizational level”, states the deputy Rodin Traicu, member in the Commission for Industries and Services, on the occasion of a recent public debate on the district heating topic. The large majority of the centralized supply systems with thermal energy belong to the local administrations, and an important part of the producers left independent, privatised. On the other hand, the disconnections accounted for, at least apparently, the main solution for the drop of costs. Pushed by the pressure of prices, the consumers answered positively to the massive promotion of alternative solutions (thermal power plant for apartment, heating based on electrical energy).

The vicious circle of involution

“The situation is not at all rosy”, states Constantin Ioanițescu, managing director of ELCEN Bucharest, and the balance sheet is not at all encouraging. Less than 25% of the dwellings are currently connected to the central heating, the majority being connected to the national central heating system. The centralised systems are present only in 110 localities, and the quantity of thermal energy supplied reached about 11 million Gcal, which accounts for a fall of 65%. Although the gigacalory price is accounted for to a great extent by the fuel price, the subsidies are hereafter a delicate topic, but justified at the same time. According to the purchase power, only one category of consumers out of ten can bear integrally the cost of heating. Still, the vicious circle hardly begins: the number of disconnections made the effectiveness of the thermal energy supply service to drop significantly, “the water drop from the power plant reaching in 30-35 hours to the most distant thermal point”, according to the managing
director of ELCEN Bucharest.

The collection degree is on the decrease and fewer beneficiaries of the system are able to pay their bills in time. A serious distortion of natural gas market can also be noticed – the prices are significantly lower in the case of domestic consumers compared to the non-domestic consumers.

Moreover, nor the natural gas liberalization market effects are to be neglected.

Restoring the networks is mandatory from a technical point of view.

The level of subsidies exceeds in some cases 50% of the tariff practised (Bucharest), still a super compensation for 750.000 apartments of the total of 1.362.000 was noticed and even more than two thirds from the operators. The distribution tariff for natural gas shows values between 20-27%, an enormous number of the fuel value. As for the proximity tariff, only few thermal power plants can be considered eligible. According to the producers, the bonus scheme for cogeneration proved to be ineffective in order to encourage the investments, and the electrical energy liberalization market introduced new variables in the equation, due to the elimination of the regulated quantities.

All these materialize  in a lack of funds for maintenanace and investments, and the conclusion is only one: “We are dealing with an apocalyptic dimension from the economic and financial point of view” (Rodin Traicu). Therefore, the president of the Commission for Industries and Services, Iulian Iancu, considers that “[…] there is nothing we can do with our money, because we don’t have it ”.

The controversial merger between RADET and ELCEN is still on schedule, the ELCEN division being expected till 30 June 2014. Still, things are far from being clear, if we take into account the ELCEN managing director statements: “We should not believe that a simple integration in only one institution of the four activities will solve the problem. […] Maybe the integration helps, followed by major investments and many others”.

Taking into account a radiography of the system, an indicator stands out: the increase of the technical and economic efficiency. Then generally accepted principles are accepted, but hard to apply: the professional outsourcing of the local administrations services  in terms of the district heating process, the provision of incentives for investors and of an appropriate legislation.

It is mandatory from the technical point of view to restore the oversized networks – from the point of view of the current demand of thermal energy. The costs are significant, still it is a less expensive process compared to the revamping of the power plants. To that end, the Bucharest City Hall has already allocated the sum of EUR 300 million for the primary transport network, a large part of this money being attracted from non-reimbursable funds. The possibility for the networks to be separated from the public sector is being considered in order to allow investments in infrastructure. A different regime of the access to natural gas is needed in order to drop the costs related to fuel, as well as the settlement of the unit areas to drop the disconnections rate.

The district heating onset in Romania marked the period 1960-1975, when large centralized thermal energy supply systems have been established (Bucharest, Constanța, Iași, Timișoara or Ploiești). Designed at an initial stage in order to cover the residential as well as the industrial demand, in the reference year 1989, such systems could be found in 315 localities and served more than 1.8 million apartments, according to ANRSC (the National Regulatory Authority for the Public Utilities Community Services). The activity was clearly defined as a public service and accounted for at the same time, the unique available option at that time. The period that followed was about to modify seriously the perspective by a sequence of events and decisions not among the best.

previousRussians take over for 5 billion euro RWE`s oil and gas division
nextForecast: Romania’s domestic gas production will increase by 11,2% until 2020, compared to this year