PDL lay down in Parliament a simple motion on energy 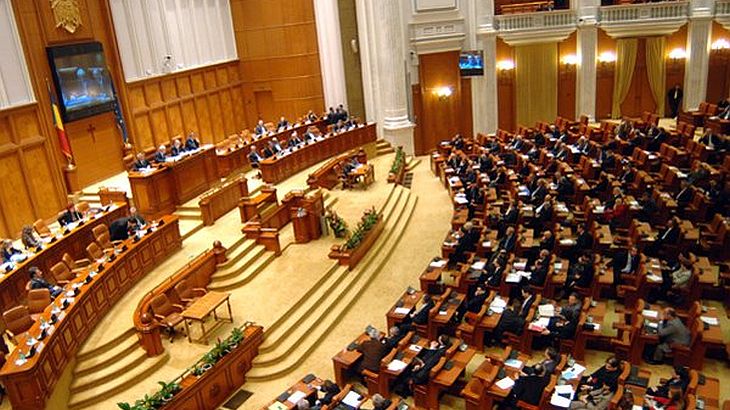 Chamber of Deputies debate s Monday at 16:00 the simple motion on energy initiated by PDL (Liberal-Democratic Party), which will be read by Lucian Bode, former Minister of Economy for a short period and now a deputy for a county in north-west of Romania, Sălaj. The main demands of the motion is moving towards giving up the current timetable for liberalization of gas prices,the urgent development of a national energy strategy, giving up on the fee of 1.5% for special introduction and other additional charges, and stopping the IPOs of state-owned energy companies as there isn’t a strategic document updated.

Minister Niță did not renegotiated the program for gas price liberalization

The motion points out that “the measures announced by the Government, following negotiations with the IMF, have a disastrous impact on Romanians and removes us more and more from an European living standard. First, USL (Social-Liberal Union, the former government alliance) has committed to waive regulated natural gas prices, differentiated for households and industry. Mr. Niță (former delegate Energy Minister and current Minister of Economy) has not even reinstated on IMF agenda talks the business environment and PDL request about a renegotiation of liberalization of gas prices calendar. “

The PDL supports in the motion the way of how gas market liberalization  is done leads to bankruptcy or relocation of industrial units from Romania, which rests upon maintaining employment in the workforce. Regarding the tax burden, the 52 MPs that signed the motion say: “a fuel excise of 7 eurocents per liter actually means a plus of 8.7 cents per liter after VAT, ie an extra pay of 41 Romanian lei sub-units per every liter of petrol or diesel.

“Increasing fuel prices will lead to chain price increase. Representatives of employers already announced increases in food prices: up to 10% for meat, 3% for vegetables, oil and sugar, 2% for milk and 1% for bread”, they argue.

Stopping the IPOs as long as there is no energy strategy 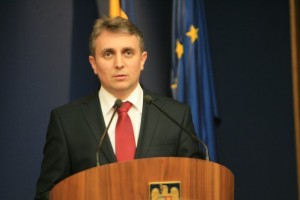 Lucian Bode (photo) told Bursa newspapers that the listings don’t benefit from a good context anymore because of the large uncertainties related to Hidroelectrica and thermal sector, increasingly difficult to maintain or privatized in the absence of massive initial investment.

In addition, he accuses the main governmental party (PSD) of fiiling the energy companies of national importance with people who have no technical or management skills: “I wrote in the motion about listings momentum, which must be chosen carefully since the publicity around corruption cases in Hidroelectrica and the arresting of Gruia Stoica in connection with an auction organized by Oltenia Energy Complex. Such phenomena shake investor confidence. Also, we show that the Minister Niță turned the corporate governance in an instrument to embezzle.

Energy managers were merely political appointees, not named on professional principles. The case at Hidroelectrica merely demonstrate what happens when you populate the boards of directors with people whose only recommendation is a party membership. We have similar situations in Oltenia Energy Complex, at Nuclearelectrica or Electrica. Virtually, all of the Romanian energy system is populated not by professional managers, but with USL messengers and ministers placed there to fill their pockets and the party bank .”

Lack of strategy entails the critical state of the power system

Regarding the energy security of Romania, Lucian Bode openly attack the work of Constantin Niță during his tenure as Energy minister: “Lack of strategy in the aftermath of Nabucco geopolitical failure banishes all hope that Romania is close to acquire energy security. Mr. Minister Niță promised to us to reduce the dependence on imports of primary energy resources in contradiction with its strategic guidelines for oil power plants, to import coal and uranium.

Lack of strategy entails the critical state of national energy system, of energy producing companies, especially those coal-based. Minister Niță talked about the modernization of coal mines in the Jiu Valley since last year. In this respect nothing happened and Energy Complex Hunedoara plunges into state and trade”.