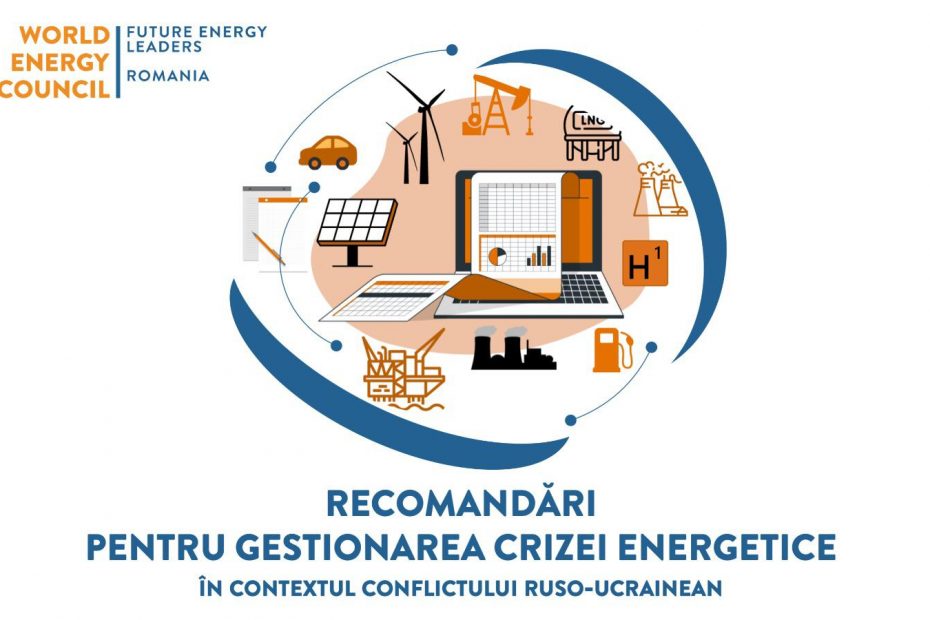 The escalation of the Russian-Ukrainian conflict has amplified the effects of the energy crisis and calls for a rethinking of the market model, bringing to the forefront the goal of energy security, measures to improve the effects of energy prices for the final consumer and accelerate the energy transition as a solution to eliminate dependence on energy imports from the Russian Federation. The objectives of the European Commission (EC), observes FEL Romania, are deeply anchored in the concept of the energy trilemma — the tool used by the World Energy Council to assess the “health status” of a country’s energy system, defined by the following pillars: energy security, energy equity and environmental sustainability.

It has become clear that energy security is at the top of the most pressing problems identified at European level, followed closely by the affordability of energy prices, an element assimilated to energy equity. Environmental sustainability, the third pillar of the trilemma, has not been abandoned, but there are questions about the pace and manner in which the energy transition needs to be achieved, in the new context, dominated by the EC’s intention to quickly phase out energy imports from the Russian Federation.

Future Energy Leaders Romania states that “the balance of the three objectives depends on the awareness that the energy transition is not necessarily a linear process and that there is no single recipe to ensure the achievement of the climate neutrality objective.”

Romania can be perceived as privileged taking into account its own natural gas production, the storage obligation reintroduced by GEO 27/2022 and from the perspective of additional sources available at the Black Sea. In the short term, Romania could replace the import of natural gas from the Russian Federation, in particular by measures to exploit new natural gas resources, i.e. by making consumption more efficient at national level. In the medium and long term, FEL Romania’s analysis shows that Romania could become a pole of regional energy stability to the extent that it exploits its full potential.

However, FEL Romania warns that these advantages should not be interpreted as a guarantor of security of supply. “The guarantee of the successful crossing of the cold season 2022-2023 depends largely on a joint effort between central public authorities and private entities,” says FEL Romania, which calls for the establishment of a collaborative platform, to identify the best solutions for the worst-case scenario — the total cessation of natural gas supply from the Russian Federation.

FEL Romania’s analysis highlights and salutes that the authorities have shifted from improving energy prices (social equity) to ensuring energy security. The obligation to store was reintroduced and the promotion of the Offshore Law was accelerated, with provisions including the exploitation of deep-sea onshore natural gas, thus acting in line with priority actions subsequently drawn through RePowerEU.

The authorities have launched new initiatives to identify additional energy sources, in particular natural gas, by establishing new partnerships with states such as Israel, Azerbaijan, Turkey and Qatar, also consistent with RePowerEU’s desire to identify alternative solutions to Russian gas.

In the short term (12 months), FEL Romania’s proposals concern the promulgation of the offshore law and the optimisation of legislation related to oil exploration/exploitation, as well as the contracting of new volumes of imported natural gas. On the same time horizon, the authors consider the natural gas storage segment. Beyond the obligation included and among the recommendations of the European Commission (at least 80% of the storage capacity), it is necessary to promote the Romanian 2 projects on the list of 5 projects of common interest (PCI): increase the extraction capacity at Bilciureşti Deposit (Depogaz) at 20 million cubic meters per day and increasing extraction/injection rates up to 5 million m³/day and storage capacity up to 600 million cubic meters in Depomureș.

It is necessary to promote actions to complete the IGB interconnector (Greece Bulgaria), but also to carry out communication campaigns on energy efficiency and energy consumption, including for adjusting consumption behaviour in winter, given that a reduction in ambient temperature by one degree Celsius could reduce consumption by 7%.

Thus, by implementing the first two measures in the short term, Romania could completely abandon Russian gas and reduce its import needs by one third.

In the medium term (3-5 years), FEL Romania pleads for the start of the production of natural gas in the Caragele perimeter (onshore) and the increase of the injection/extraction capacity and storage of natural gas through the 2 projects of Romania on the list of 5 PCIs. The other measures are outside the oil and gas sector and they include accelerating investments in electricity generation from renewable energy sources (wind and photovoltaic), implementing NRPR investments targeting battery storage capacities at 240 MW by 2026, stimulating investments in green hydrogen production capacity (using renewable energy sources) to partially or totally replace the current production of hydrogen from natural gas (about 0.4 billion cubic meters of natural gas is currently used to produce hydrogen); measures to increase energy efficiency in buildings and industry.

In the long term (5-10 years), natural gas production in Neptune Deep (2027, offshore), which would cover half of Romania’s current production of natural gas, is targeted. The authors also insist that it is important for Romania to start production of natural gas from other offshore perimeters after 2035, with the potential to transform Romania from a net importing country to a net exporting country. Other proposed measures are the start of biomethane production, reconsideration of shale gas exploration / exploitation, reduction of technological losses of natural gas transmission and distribution companies, through investments in networks, development of electricity generation sources from nuclear sources, both Cernavodă reactors 3 and 4, and the adoption of nuclear small modular reactor technology (SMRs).

This analysis is the perspective of young energy professionals in Future Energy Leaders Romania (FEL Romania), the youth program of the Romanian National Committee of the World Energy Council (CNR-CME), part of the global network of Future Energy Leaders, developed by the World Energy Council. Authors: Georgian Albu and Rareș Hurghis, with contributions from Lucian Pamfile, Cristina Păun, Cristian Tătaru and Cezar Axintescu and with the involvement of Dumitru Chisăliță, president of the Association Intelligent Energy — AEI.