Roșia Montană bill passed by Government; project to start in 2016 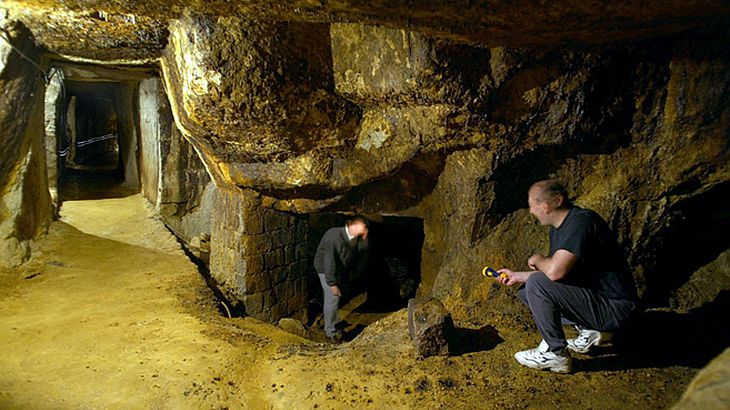 The government approved on Tuesday a draft law on Roșia Montană mining project and submits it for Parliament approval. The document was placed on the agenda of government, public unannounced. The government has confirmed document approval and exposed in the official communiqué the main measures proposed, the level of royalties cashed and state equity participation in the mining project as well as investor’s obligations. The enactment also requires changes in some official documents relating to expropriation and building permits.

Prime Minister Victor Ponta said in July that after negotiations the government will propose a bill to be submitted to Parliament for approval after the start of the parliamentary session. Under the plans, work in perimeter is due to begin in November 2016 after PUZ will be approved by the end of 2013.

The majority shareholder of RMGC will transfer in two steps a 5.69% share toward the minority shareholder, state-controlled. Thus, if the authorities issue all the permits in time, the state will hold a quarter of the shares. Along with this shareholding, the state will receive a royalty of 6% of the production value, with the option to receive commodities instead, if it request this way of payment.

The steps to increase state participation shall be subject to timely receipt of all authorizations, with the respecting of all the principles originally outlined in the negotiations between the company and the Government. Thus, a first rate of about 3.69% will be transferred to the State after the issuance and approval of the environmental law without further modifications, and another 2% share will pass into state ownership after the issuance and approval of mining permits.

A project that can bring to Romania over 5.2 billion dollars

Estimates made by the parties show that Roșia Montană has the ability to generate revenue for the state and local budgets of about 2.3 billion dollars and a direct effect on the Romanian economy of about $ 2.9 billion at a reference price of 1,200 dollars/ounce. Therefore, the total direct economic benefits of the project for Romania are estimated at over 5.2 billion if the state maintains its main fiscal policy features, gold price quotations, and the cost of work, services and of products necessary for mining.

The canadian company Gabriel Resources currently holds 80.69% of the Roșia Montană perimeter in Alba county through Roșia Montană Gold Corporation. The Romanian state owns 19.31% through the Minvest. The concession held by RMGC is the most important gold deposit in Romania, estimated at about 300 tons of gold and 1,600 tons of silver. The investment in Roșia Montană, blocked for many years because of environmental disputes, was included in the National Investment and Job-Creation Plan launched a month ago, and was presented as a project of “exploitation with new environmental standards”, where the state estimated benefits of 78% from what the project generates.