ROPEPCA denounces the discriminating treatment towards the energy industry 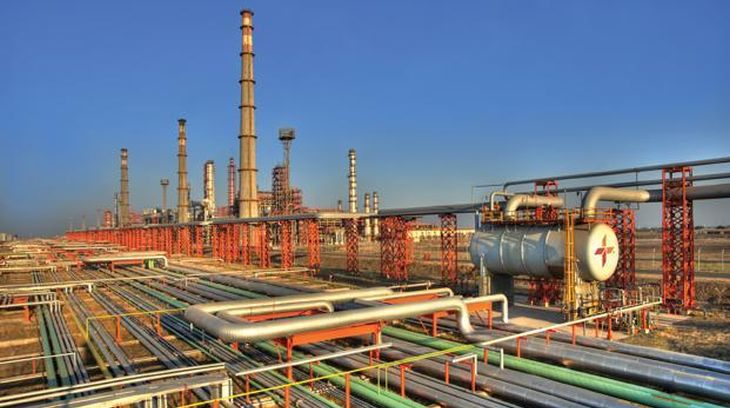 The Romanian Petroleum Exploration and Production Companies Association (ROPEPCA) accuses government of granting favorable treatment to agricultural industry, the only economic sector for which has been decided to eliminate the special construction tax from 1 January 2016. All other industries will pay this fee well into the next year.

“ROPEPCA’s members are surprised by and commiserate the discriminatory treatment applied to a restricted number of industries (including the oil and gas industry), highlighted by the postponing of elimination of the Special Construction Tax until January 1st, 2017. According to the political agreement, the agriculture is the only sector which will benefit from the elimination of the SCT effective January 1st, 2016”, reads a press release.

“We realize the importance of the agriculture sector for the Romanian economy, but we cannot ignore the fact that the arguments supporting the priority elimination of the special construction tax in the agricultural sector are applied equally to the oil and gas industry. The energy sector is not only a great contributor to the state budget, an important job provider and a preferred investment destination. Energy is a strategic field, with a major impact to the economy as a whole, and subsequently to agriculture as well, and it needs cheap energy resources for more competitiveness and long lasting development.

Moreover, the energy security of Romania depends on these energy sector investments, and the ever-changing approaches to the fiscal regime in the O&G industry only nurture national instability. Let’s not forget that the comfort and well-being of each of us depend on a functional industry and the national energy security,” highlights Daniel Apostol, Secretary-General of ROPEPCA.

The ROPEPCA members are certain that the recent political agreement transmits a conflictual message to the investors, which, as the 11th oil & gas bidding round approaches, have hoped and expected a transparent, stable and predictable investment climate.

“In the current situation, when the O&G industry is functioning in the emergency mode, the responsibility for political decisions must be entirely and consciously assumed, not only in a declarative manner. The entire political spectrum, has once again reached the consensus of breaking the budgetary piggy bank – the diligent taxpayer industries – to safeguard public spending instead of adopting efficient measures to increase tax collection and instead of dramatically decreasing the tax evasion which continues to thrive under the umbrella of the political consensus”, also stated Daniel Apostol, Secretary-General of ROPEPCA.

Following the dialogue initiated with the State institutions, ROPEPCA will continue to present the representatives of Government and society the realities, statistics and forecasts specific to the industry, so that the O&G industry receives the treatment it needs to support the economic growth of the industry and to help develop the entire Romanian economy.
Ever since its inception in 2012, the Romanian Petroleum Exploration and Production Companies Association (ROPEPCA) aimed to promote the onshore O&G industry, supporting the development, the diversifying and the competitiveness in the industry. ROPEPCA gathers 19 companies from the onshore industry: ADX Energy, Amromco, Aurelian Petroleum, Beach Petroleum, Chevron Romania Exploration and Production, East West Petroleum, Expert Petroleum, Fora Oil & Gas, Hunt Oil, Moesia Oil & Gas, NIS Petrol, OMV Petrom, Panfora Oil and Gas (MOL Group), Raffles Energy, Repsol, Rompetrol, Stratum Energy, Winstar Satu Mare/Serinius Energy and Zeta Petroleum.