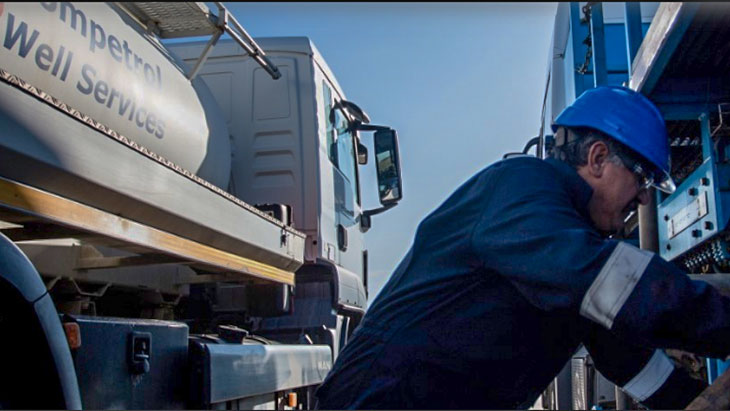 Rompetrol Well Services (RWS) celebrates 70 years since it was founded in 1951. Currently, the company from Ploiesti is a leader in Romania in the segment of special well services (cementing, consolidation and packaging operations, stimulation, testing, instrumentation, probe tubing operations, etc.).

In its evolution, through the professionalism and experience of Romanian specialists, the company has provided specialized services for oil companies and drilling contractors in Central and Eastern Europe, but also in Central Asia. The main countries in which the company has performed extensive works are Romania, Bulgaria, Hungary, Turkey, Greece, Azerbaijan, Jordan, Iraq, Israel, and Kazakhstan.

“The evolution and performances achieved by the oil and gas industry in Romania have been supported in the last 70 years by the contribution of Rompetrol Well Services. The challenges and opportunities that the company has faced in its history have managed to consolidate it, to develop it, to transform it into a reliable and international partner. We thank the former and current employees for their dedication and involvement, for their creativity and innovation in this sector, but also for the business partners, who have relied on us in their development projects. We will continue to expand our activities in Central and Eastern Europe, both by modernizing its operational technologies and the range of services offered,” said Abzal Doszhanov, General Manager of Rompetrol Well Services.

At the beginning of last year, the company concluded a financial leasing contract for the modernization and expansion of the technological equipment park, through the contribution of two new cementing aggregates. Their total value amounts to about 2.7 million euros, the financing contract being concluded for a period of 5 years from the moment of receiving the assets and with the option to buy them later.

On the background of the natural decline of the oil and gas sector in Romania, Rompetrol Well Services has expanded its range of services offered to other related fields in the Black Sea region, through constant investments in equipment modernization – updating technologies for cementation and well stimulation services and modern piping services, simulation and testing programs for technical solutions and staff training.

Thus, the company recently contributed to the completion of the geothermal wells in Balotesti (2015 – Therme Bucharest complex) and Beius (2021 – thermal agent for heating Oradea), but also worked on salt exploitation wells in Bulgaria in 2018 (salt extraction being done by injection into the freshwater deposit and extraction of saturated brine).

At the same time, another important project to which the company contributed, was the decommissioning in 2019 of the Gloria offshore drilling rig in the Black Sea, after it has been in use for more than 40. This was the first platform in Romania put into operation in 1976 and was also the first decommissioning operation of this kind in the country. RWS performed the marine platform wells conservation works and subsequently cemented them in accordance with international practices and standards of the American Petroleum Institute (API).

The technological evolution reflects in the company’s activity, having an important role in its development. For example, the simulation of cementing operations in 1984 was performed using a program designed in machine code, with empirical calculations and minimum results obtained (final cementing pressure). In 1993, the company switched to TURBO PASCAL, and nowadays it uses modern software (CemPRO +, CentraDesign, PlugPRO, CemLab) which ensures the design, simulation, stimulation, and improvement of production wells, but also the monitoring and collection of real-time data that is analyzed in the Rompetrol Well Services’ own laboratory.

Annually, RWS performs on average about 500 cementing operations at depths of up to 5,000 meters for oil and gas wells in Romania and Eastern Europe and over 400 matrix stimulation operations. The maximum depth reached by the company in the last five years was 5,700 meters in Romania (Targu Jiu – 5,700 meters, Pitesti – 5,580 meters), 5,900 meters in Bulgaria, 5,200 meters in Ukraine, 3,600 meters in Kazakhstan and 3,500 meters in Iraq, while the maximum temperature at the “sole” of the probe varied between 100 and 180 degrees Celsius.

With the main object of activity – special well operations, the company was established in 1951 under the name of the “Oficiul Special de Cimentari” and was part of the Romanian-Soviet joint venture SOVROMPETROL. Since 1956, Rompetrol Well Services becomes a separate entity under the Ministry of Petroleum and Chemistry, under the name of “ICOTS – Întreprinderea de Cimentări, Operațiuni si Transporturi Speciale (Cement, Operations and Special Transport Company)”.

In 1990 the company becomes Petros Ploiesti commercial company and is listed on the Bucharest Stock Exchange starting 1998. The Rompetrol Group (currently KMG International) took over the majority stake in 2000 (73%) and in 2001 changed the company’s name to Rompetrol Well Services.

previousBankwatch: Coal power plants in Western Balkans kill nearly 19,000 in Europe in the past three years
nextEnel: Improve governance opens the way for investments and ensures the achievement of 2030 targets