Acasă » Oil&Gas » Rompetrol: Scheduled turnaround of the Petromidia refinery has come to an end

Rompetrol: Scheduled turnaround of the Petromidia refinery has come to an end 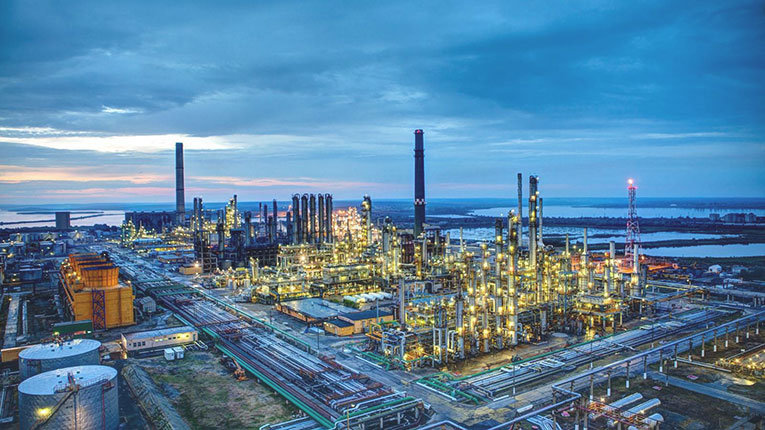 Rompetrol Rafinare, a member company of the KMG International Group, successfully completed the turnaround of the Petromidia Navodări and Vega Ploiești refineries and initiated the procedures for restarting the production units, the company announced. These will gradually enter the technological flows and will reach capacities in about a week.

“Currently, the Group’s Romanian production units have sufficient stocks of raw materials to restart and achieve optimal processing capabilities as soon as possible. The group supplies Petromidia refinery with crude oil from Kazakhstan (Ural, CPC), on the route of the oil fields from Kazakhstan – the ports of Novorossiysk and Midia on the Black Sea – the storage park of Petromidia refinery, being at the same time a factor of stability in delivery of oil products in the Black Sea region,” said Yedil Utekov, Chief Officer Production and Industrial Services within KMG International.

During the turnaround, the company complied with its previously concluded contractual obligations and continued the deliveries of petroleum products, from its own stocks and with the support of the Trading Division of the KMG International Group.

“We thank the partners for their successful involvement and completion of the turnaround works within the established deadline, in conditions of maximum safety. The technological shutdown supports the company’s goal of continuing and developing production activities at the highest standards of performance and safety, and through the investments made, we strengthen our position as a responsible company, involved in supporting the Romanian energy sector and contributing to the national economy,” said Felix Crudu-Tesloveanu, General Manager of Rompetrol Rafinare.

The turnaround works were carried out by Rominserv – general contractor of the KMGI (Rompetrol) Group, with the support of 25 companies from Romania and the involvement of over 2,000 people. With a value of around 30 million dollars, the technological shutdown is the most important project in the company’s investment plans for 2022.

The vast majority of materials and components used for the work performed during the turnaround came from Romania. In this way, Rompetrol Rafinare is a stable partner of the specialized industry from the country, having a constant positive impact in supporting the economy, both through contributions to the state budget and through the involvement of Romanian companies.

During the period when the Petromidia refinery had its production operations stopped, the company’s specialists, together with the personnel contracted for the turnaround works, also completed the rehabilitation of the Petroleum Diesel Hydrotreater (HPM) unit, affected by last year’s technical incident. The instalation is currently being tested and will re-enter the operational stream in the next period.

The main columns of the installation were produced in Romania, and all the equipment used is new and complies with all the production specifications of the unit. With the help of the HPM installation, Petromidia can increase the volume of diesel fuel production by about 10%.

Among the main works carried out, which will also have a positive effect on operational efficiencies, is the replacement of the absorption column in the Gas Sulfur and Sulfur Recovery Plant (DGRS). The new equipment, designed and produced in Romania, will have a nominal refinery gas processing capacity of 20,000 Nm3 / h, increasing by about 15% above the level of the previous column. It will also contribute in increasing the protection of the environment.

The work schedule involved checking and recertifying the production units and operational flows, respectively replacing and regenerating the catalysts that have reached the end of the operating cycle.

The significant volume of works carried out during the technological shutdown contributes to maintaining the high complexity of the Petromidia refinery, the Romanian production unit that has the capacity to process different types of crude oil, in order to obtain quality fuels and other high added value petroleum products.

In this context, Rompetrol Rafinare intends to process a total of 5.66 million tons of raw materials in the Petromidia refinery, in 2022. From the estimates of the company’s specialists, with this predicted volume, 1.2 million tons of gasoline, respectively 2.7 million tons of diesel can be obtained.

Simultaneously with the procedures for restarting the operational processes in Petromidia Năvodari, the technological operations from the Vega Ploiești refinery, the only internal producer of bitumen and hexane, were resumed. In the Vega refinery, works were carried out to verify and recertify the existing installations.

The main shareholders of Rompetrol Rafinare SA are KMG International (54.63% – directly and indirectly) and the Romanian State through the Ministry of Energy (44.7%).

previousGas prices have risen as the EU looks at new sanctions against Russia
nextMinister of Energy: Romania maintains a unitary EU position in the face of Russia’s blackmail to pay for gas in rubles