Acasă » Oil&Gas » Rompetrol records a loss of 132 mln. USD in Q1, despite the increase in turnover

Rompetrol records a loss of 132 mln. USD in Q1, despite the increase in turnover 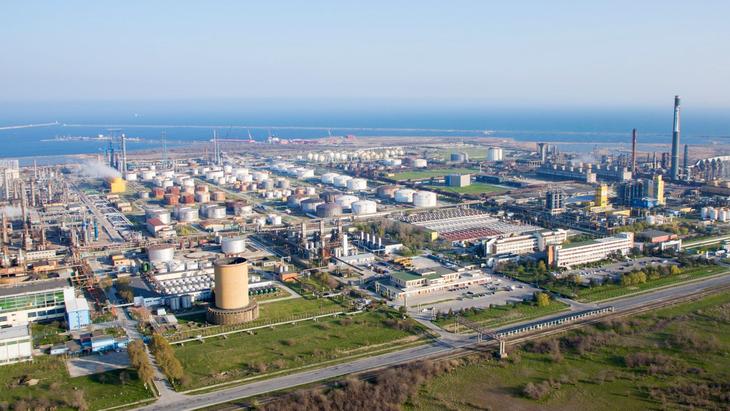 Rompetrol Rafinare, a member company of the KMG International Group (Rompetrol), had a gross turnover of 1.17 billion USD in the first quarter of 2022, up 16% from the same period of last year. The increase was due to higher petroleum products quotations than in the first three months of 2021.

However, financial indicators, such as operational profit (EBITDA) and the net result, were strongly impacted by the unfavorable global market environment. Thus, the company recorded a negative EBITDA of 86.6 million dollars, respectively a net negative result of 132 million dollars.

As a consequence of the current geopolitical context, the price of Brent crude oil rose to levels reached only in 2008, and the average price for the period January – March 2022 was 102.2 USD/bbl, 67% higher than in Q1 2021. The maximum level was reached on March 8, when the Dated Brent quotation reached 137.6 USD/bbl. Rompetrol Rafinare also felt the impact of rising utility prices, especially for gas and electricity.

Despite actual market conditions, with shortages in the supply of raw materials at regional level, the effect of the unfavorable weather conditions in the Black Sea, as well as the technological shutdown of the Petromidia refinery, Rompetrol Rafinare honored its previously concluded contractual obligations in the first quarter of the year and continued, without interruption, the delivery of petroleum products, from its own stocks or with the support of the trading division of the KMG International Group.

Of the production made in Q1 2022, about 65% was destined for the domestic market, up from last year’s level. The rest of the total oil products were exported to the regional markets, where the company, through its efforts in the operational segment, supported the subsidiaries of the KMG International Group, Rompetrol being the largest supplier of oil products in the Republic of Moldova and Georgia, but also with a significant presence on the Bulgarian market.

Rompetrol Rafinare continued to be a major contributor to Romania’s state budget, paying nearly 350 million dollars in the first quarter of 2022.

The main shareholders of Rompetrol Rafinare SA are KMG International (54.63% – directly and indirectly) and the Romanian State, through the Ministry of Energy (44.7%).

previousEC halved its estimates for the growth of the Romanian economy in 2022
nextEY: Geopolitical priorities are shifting across Europe and energy is no exception