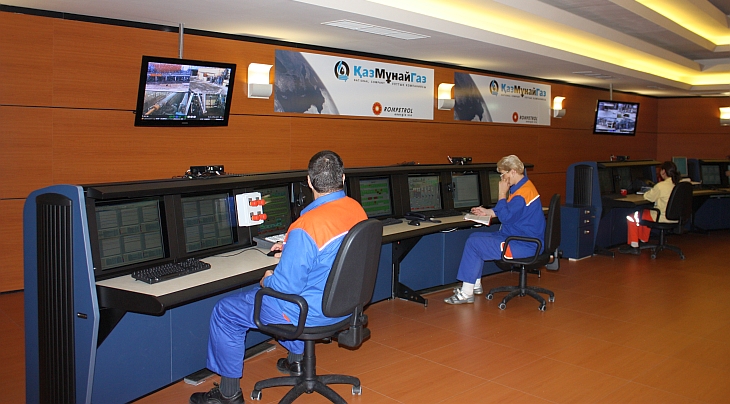 The exports of Rompetrol Rafinare are 50% higher

The exports of Rompetrol Rafinare exceeded USD 1.6 billion in the first 9 months of 2014, 50% higher than in the same period of last year.

In 2013, the value of the company’s exports both to the subsidiaries of KMG International in Moldova, Georgia, Bulgaria, Ukraine, and to other traditional partners in the Black Sea Region amounted to USD 1.7 billion, and the trend is expected to increase, as 2014 is expected to see an approximately 30% increase thereof as compared to last year.

On profit in the 3rd trimester

In the 3rd quarter of 2014 Rompetrol Rafinare recorded a USD 5.2 million net positive result pursuant to increasing the quantities of processed raw materials (+12%), optimizing the fuel distribution channels in Romania and decreasing the operational costs.

During January – September 2014, 3.7 million tonnes of raw materials were processed, 32% more than in the similar period of last year.

Rompetrol Rafinare remained an important contributor to Romania’s state budget, paying more than USD 534 million in Q3 of 2014 and over USD 1.3 billion in the first 9 months of 2014. The company’s contribution to the state budget in 2013 was over USD 1.4 billion.

The company Rompetrol Rafinare operates the Petromidia and Vega Refineries and accounts for 43% of Romania’s refining capacity, and the total investments of KMG International and KazMunayGas in the period 2007 – 2013 on the Petromidia platform exceed USD 1.3 billion.

In the first 9 months of 2014, the turnover recorded by the refining and petrochemicals segment was increased by 29% up to a value of USD 3.97 billion and EBITA improved, reaching a positive result of USD 7.5 million as opposed to last year’s negative result of USD 18.5 million.

The aggregate quantity of raw material processed by the Petromidia Refinery in the period January – September was 3.74 million tons (2.75 million tons of fuels), which is 32% higher than the same period of last year, when the quantity processed was 2.1 million tons of fuels. Due to the market conditions in refining sector, the net result recorded in the first 9 months of 2014 is still negative (USD 65.4 million), but improved compared to the similar period of 2013 (USD 86.7 million).

In the first 9 months of 2014, the total volumes of fuels sold in Romania reached 1.43 million tons (gasoline, diesel gas, LPG), which is about 8% higher than the indicator recorded in the same period of 2013 (1.32 million tons).

KMG International operates over 1,000 fuel distribution locations under the trademarks Rompetrol and Dyneff, in Romania, France, Spain, Republic of Moldova, Georgia, and Bulgaria.

previousThe net result of Romgaz, increased by 40% after nine months
nextTransgaz doubled its profit in first nine months of 2014