Acasă » Uncategorized » ROMATOM: The Romanian nuclear industry could provide 20,000 jobs in the context of new projects

ROMATOM: The Romanian nuclear industry could provide 20,000 jobs in the context of new projects 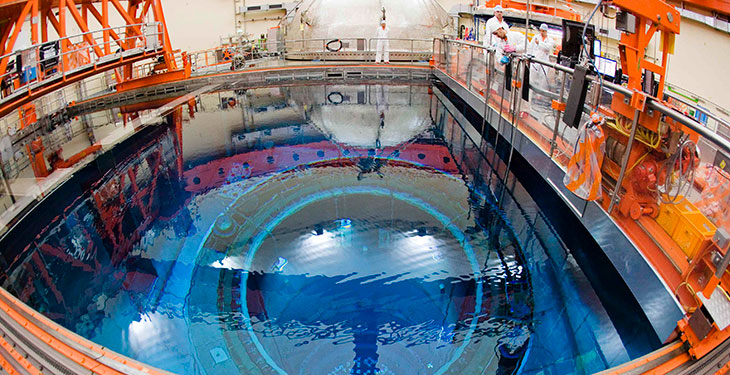 Romania’s nuclear industry currently provides 11,000 jobs, a number that could increase to 20,000 in the context of new nuclear construction projects, according to a statement from the Romanian Atomic Forum (ROMATOM) following the bilateral meetings between Romania and US and, respectively, Canada.

At the same time, the Romanian nuclear industry has an annual contribution of 5.7 billion euros to national GDP, being a force for sectoral growth, development of education, research and nuclear innovation.

“In accordance with the European objectives on decarbonization, Romania is firmly committed to the development of the nuclear program, with clear advantages both in terms of decarbonization, as the existence of 4 operational units will lead to the avoidance of releasing 20 million tons of CO2 into the atmosphere every year, as well as in terms of social and economic impact. The Romanian nuclear industry is a mature one, with extensive experience and knowledge. We consider that the meeting was a natural continuation of the Memorandum of Understanding concluded in October last year between ROMATOM and the United States Institute of Nuclear Energy, confident that North Atlantic cooperation is the best solution,” Teodor Chirica, honorary president of ROMATOM, was quoted as saying by Agerpres.

According to him, strengthening cooperation with US and Canadian partners, while maintaining the European presence, is a positive signal for the continuation of the Romanian nuclear program by completing Units 3 and 4 of Cernavoda NPP, refurbishment of Unit 1 of Cernavoda NPP and other projects such as development Small Modular Reactor technology.

In the context of the official working visit of the US Department of Energy to Romania, the member companies of the Romanian Atomic Forum (ROMATOM) and of the Romanian Association for Pressure Equipment (ARPE) met with companies from the United States and Canada specialized in the nuclear field on August 3, 2021.

“The purpose of the official working visit is to continue and strengthen ties with the nuclear industry and decision makers in Romania, under the Intergovernmental Agreement concluded in Washington DC in October 2020, which was recently ratified by the Romanian Government. The cooperation agreement includes the development of the Units 3 and 4 of Cernavoda NPP, the refurbishment project of Unit 1 and other potential civilian nuclear projects,” the release also states.