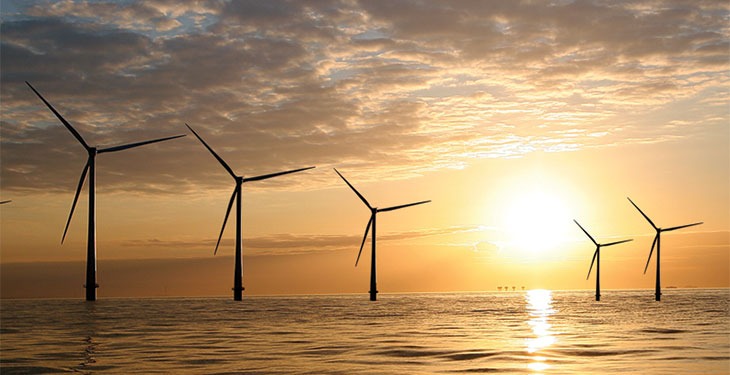 In June 2020, the Romanian Senate proposed for debating a draft law regarding the necessary measures for performing operations for offshore wind exploitation. For the moment, this draft law is still in the Senate awaiting various approvals from various commissions.

The Draft Law comes after the decisions of the major Romanian energy companies Hidroelectrica and Romgaz to expand their businesses into renewable energy, including offshore wind, were made public.

The offshore wind bill proposes the rights for initiating and carrying out offshore projects be obtained from the Romanian state through the Ministry of Economy, Energy and Business Environment (MEEBE), either through concessions, tender procedures, or by direct licensing (granted to interested parties showing relevant technical and financial capacities). If the right to build and operate a wind farm is awarded through a tender, the concession will be granted on the basis of the “lowest price” criteria. Tender winners will also need to exhibit a “minimum need for subsidies”.

Offshore wind farms established in accordance with competitive tendering procedures are entitled to subsidies in certain circumstances. MEEBE is considering the introduction of a support scheme for investments in new-generation electricity production with low carbon emissions. Recently, the Government has approved a Memorandum presenting the plan for a support mechanism in the form of a scheme based on paid-capacity tenders through Contracts for Difference (CfD) and provisional annual budgets for the auctions, technology specific.

Offshore wind-farm projects established in accordance with direct-licensing procedures will – following their grid connection – be entitled to a premium of a maximum of EUR 0.025 per kWh on top of the electricity-market price. In addition to the premium, compensation will be granted for the balancing of costs, amounting to EUR 0.020 per kWh, for 20 years from the time the network is connected.

The bill introduces a series of specific authorizations required for green field offshore wind capacities, such as a license for performing of prior investigations, building license, generation license, and generation authorization (necessary for the wind farms over 25 MW).

Unlike for other onshore generation capacities, the divestments and change in control for such offshore generation is subject to specific limitations, namely any direct or indirect transfer of the rights and obligations of the key licenses is performed only with the prior approval of MEEBE.

The bill provides for specific rights for access to land, depending on the land regime, and in term of the grid connection, ensures guaranteed connection provided that the offshore wind farm demonstrates that it complies with all technical, functional and documentary requirements.

The proposed law also provides for unprecedented provisions, namely the possibility that persons with properties in coastal areas can become shareholders in the companies that will develop these Black Sea wind farms. Individuals will be entitled to receive 20% of the shares of companies developing offshore wind farms if they reside 4.5 km from the offshore wind farm or in localities located within16 kms.

The offshore wind draft law is expected to go through the legislative process this autumn and is likely to receive various amendments before reaching the Deputies Chamber for further deliberation. As a result, the bill might just be finalized this year, coinciding with Hidroelectrica’s announcements for ambitious investments in offshore-wind electricity generation with a total installed capacity of between 300 MW and 500 MW (depending on the result of feasibility studies). According to a report issue by the World Bank Group in March 2020 and revised in May 2020, about the offshore wind technical potential of the Black Sea, Romania features with an estimated 74 GW potential.

Harnessing wind power is not a novel preoccupation of the world, but for the last decades it has proven to be one of industries with a most accelerated rate of development. Since 1982 when the first wind project was installed in Greece and 1991 when the first offshore wind project was installed off the coast of Denmark, Europe has become the fore runner of this industry, especially northern Europe. The EU ambitious policy on decarbonization and the Paris agreement fostering energy transition has also catalyzed the role of the renewables and alongside tremendous technological advancement, enhanced the investments in offshore wind generation. The turbines are now exceeding 8 MW installed per unit, while the Association of Wind Energy Europe estimates that by 2030 there will be around 320,000 MW of wind generation installed in Europe. This means a tremendous development in this subsector in the years to come. Until now, although Romania’s onshore potential has been confirmed about ten years ago when the first wind capacities were installed under the green certificates support scheme, there was no discussion on Romanian offshore wind potential in the Black Sea. Romania has a long standing history in petroleum operations offshore, however it is yet to be seen how the particularities of the Romanian continental shelf and the overall legislation would harness the natural wind potential which seem to come out from the World Bank study. This draft law for setting out the framework for concessions and construction of offshore generation capacities is not only timely, but also useful and positive in signaling that Romania intends to develop this subsector. Investors will be looking at the projects viability in terms of location-specific factors, such as distance from shore and water depth, and applicable legislation in relation to spatial planning, permit, subsidy mechanisms and grid connection.

This subject matter is something to follow in the years to come, as it has the potential to foster unprecedented investment and shape the energy sector of Romania as only such a technological revolution can do, once in a generation, as they say, however only under the proper policy and legal framework.

This interview firstly appeared in the printed edition of Energynomics Magazine, issued in October 2020.

In order to receive the printed or electronic this issue of Energynomics Magazine, we encourage you to write us at office [at] energynomics.ro to include you in our distribution list. All previous editions are available HERE.

previousDrăgan (MEEMA): Romania’s allocation from the Modernization Fund will be of about 6-7 bln. euro
nextHow much could Dacia’s first electric model Spring cost