Romania will increase its gas storage capacity to over 4 bln. cubic meters 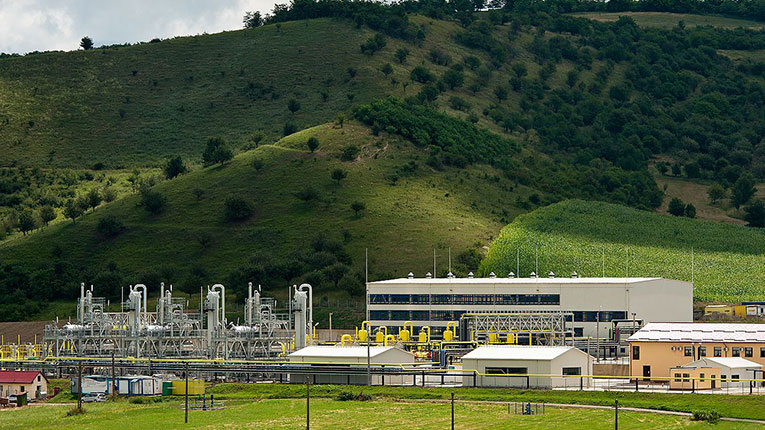 He attended the inauguration of a gas drying station at the Bilciureşti depot, Dâmboviţa County, together with Prime Minister Nicolae Ciucă and the management of Romgaz and Depogaz.

“We want to increase gas storage capacity to over 4 billion cubic meters by 2025. Investments are on the list of priority projects and can be financed with European money. As we set out in the government program, storage capacity will increase and will ensure both the country’s energy security and its energy independence,” the minister said, according to Agerpres.
The investment inaugurated on Tuesday, worth 7.6 million euro, contributes to the increase of the extraction capacity from the Bilciureşti deposit, which is the largest gas deposit in the country.

According to Depogaz’s plans, a new warehouse could be built in Fălticeni.

At the same time, the minister again assured that this winter there will be no problems with gas supply.

“This winter will be like last winter, like two winters from now, because we have the same capacities, even an even greater extraction capacity, but no more import capacities are reserved in advance, which is a way to sensitize the market. So-called specialists who say that … Does anyone have an interest in keeping the price up? If you say that there is a crisis, which does not exist, when you say that there will be no gas, you just put pressure on the price,” added Popescu.

He reiterated that the price of gas has risen due to speculation by the Russian Federation through Gazprom, which is pushing for the Nord Stream 2 gas pipeline to be put into operation as soon as possible.

“We estimate that after the winter, after the pipeline opens, the prices will decrease,” the official added.

previousCompetition: Companies are not allowed to announce prices in advance
nextOMV Petrom plans to invest 11 bln. euro by 2030, as part of a new strategy