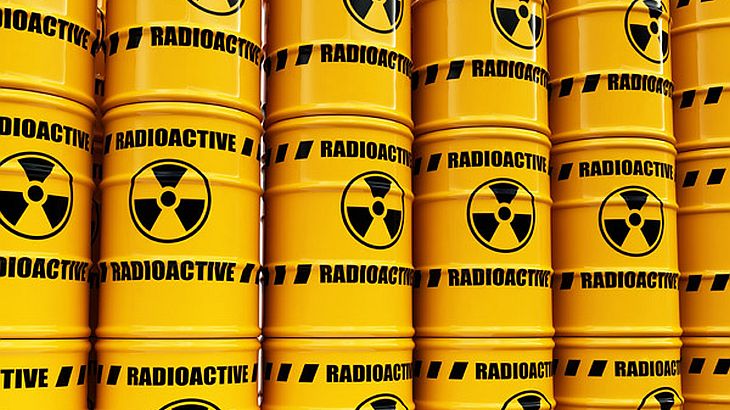 The deposit  to be completed this year for storage of radioactive waste resulting from Nuclearelectrica activity, valued at approximately 450 million euros, will be built in 2020, possibly with the help of private investors, said the General Director of the Nuclear and Radioactive Waste Agency (ANDR), an institution under the Ministry of Economy in charge of the project.

“The feasibility study is under review. What is certain is that this deposit will be made. Could be done with foreign partners, which will have up to half of the venture, or Romanian ones”, said the director, Florin Tătar. The postponement has arisen as a result of indecision from Nuclearelectrica. Until now the company hasn’t made a decision to initiate the extension of the operational life of reactor 1, says the agency representative.

“We are prepared to make this storage in 2020, but depend on extending the life of Unit 1, from where it will come in new radioactive waste that will need to be kept. Unit 1 was put into operation in 1996, and its life is 30 years, maximum. We are in touch with the people at Nuclearelectrica to see when they decide that extension, then we’ll link strategy with them.” said Florin Tătar.

The underground storage that had to be built until this year would have stored low and intermediate radioactive waste from the combustion of the uranium reactors at Cernavodă. For the highly radioactive waste, a deposit is required to be commissioned until 2052-2055, construction estimated at nearly half a billion euros.

According to a senior expert from ANDR, at this point all the waste from two commercial reactors and research reactors in Pitești and Măgurele are stored for a few decades on a platform near Cernavodă power plant. In the first phase, the construction would require investment of up to 40 million euros, and afterward will follow an extension.

“We are prepared to start making an eight storage modules, with an initial investment of 40 million euros and, in time, the plan is to expand the storage on 40 hectares; then investment will rise to over 400 million euros in total.”, says the agency’s director.

Florin Tătar showed that this investment has several funding sources: funds from a 2 euro/MWh tax paid by Nuclearelectrica and loans. Mediafax news agency notes that until November 2013 Nuclearelectrica transferred to the State Treasury 545 million RON on account of the said tax to finance the construction.

Electricity generated and consumed in Romania now comes 20% from nuclear resources, and according to plans already known, nuclear-electric power can double its share in the energy mix. For example, Senator Șerban Valeca, Chairman of the Scientific Council of the Institute of Nuclear Research (ICN) Pitești, said recently that Romania needs not only two new reactors, but three, and nearly half of national energy needs will be provided from nuclear.

“Traditional energy resources are depleting globally, and energy consumption will increase by 2050. Studies and forecasts show that green energy cannot provide more than 30% of the world’s needs due to high volatility. And the industry needs a stable flow of energy.

Also, transportation will become more and more electric, from automobiles to trains. In the case of Romania, we need to replace old thermal power plants that have low yields.” he says. Because Romania in 2025 will consume twice as much energy as it did in 2000, Serban Valeca says: ” We need another nuclear power plant with two reactors, which will hopefully use top notch generation technology. “

Facilities at Saligny are good in the short term (judging by the time scale relative to the lifetime of radioactive particles) and Băița storage, in Bihor County, is used only for storage of low and intermediate radioactive waste resulting from experimental, chemical or medical activities.

In December 2013, ICN Pitești, ANSALDO Nucleare and the Italian Agency for New Technologies, Energy and Environment (ENEA) initiated a consortium for the ALFRED  (Advanced Lead Fast Reactor European Demonstrator – e.d) project in Romania, worth a billion euros, which will make a fourth generation demonstration reactor, lead-cooled. It will be located on ICN Pitești platform in Mioveni. Șerban Valeca says that chances are that an overwhelming proportion (80%-90%) of the funds might come from the European Commission, and only the rest depend on Romania and its partners.

Senator says that ALFRED project is intended to identify a technology that could build faster and cheaper new nuclear reactors, allowing a much larger lifecycle for the use of nuclear fuel. The goal is for the demonstration reactor of 120 MW to turn into a scale lead-cooled reactor of 600 MW, which will work at a 550 degrees Celsius temperature.